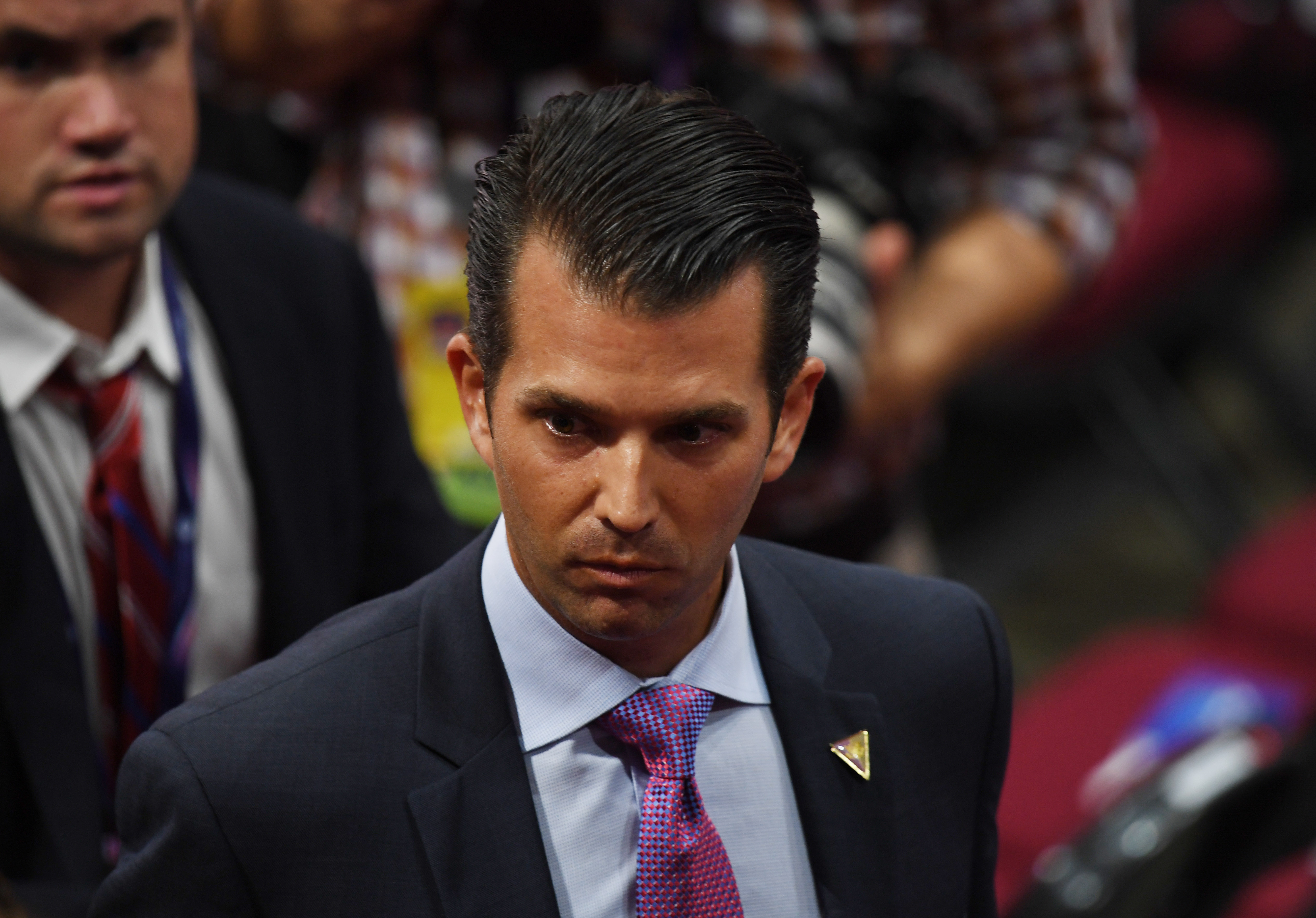 Donald Trump Jr. is laying the blame for Melania Trump's convention address on her team of speechwriters, addressing the accusations of plagiarism in an interview with CBS News' Norah O'Donnell.

"I imagine there's people who shouldn't have done that or who should have cleaned it up better," Trump said in the interview, scheduled to air Tuesday night.

Trump, executive vice president of the Trump Organization and trusted campaign adviser to his father, said that he believed the possible first lady "did excellently."

When asked if Paul Manafort, the campaign's chairman and Trump's convention manager, should have done a better job overseeing the speech, Trump Jr. defended Manafort.

"Paul didn't really have anything do with the speech," he said, acknowledging that Melania Trump "of course" worked with speechwriters.

"Having never done this before you have to work with speechwriters," he said. "Those are the people that did this, not Paul."

"They're a couple of phrases," Manafort said of her address, which shared several similarities with Michelle Obama's 2008 Democratic convention speech. "It's basically three places in the speech and its fragments of words."

At the Republican convention, Melania Trump said this:

"My parents impressed on me the value of that you work hard for what you want in life--that your word is your bond and you do what you say and keep your promise. That you treat people with respect. Show the values and morals in in the daily life."

Michelle Obama said this in her Democratic convention speech in 2008:

"And Barack and I were raised with so many of the same values: that you work hard for what you want in life; that your word is your bond and you do what you say you're going to do; that you treat people with dignity and respect, even if you don't know them, and even if you don't agree with them.

And there was this similarity, too -- here's Melania Trump:

"We need to pass those lessons on to the many generations to follow. [Cheering] Because we want our children in these nations to know that the only limit to your achievement is the strength of your dreams and your willingness to work for them."

"And Barack and I set out to build lives guided by these values, and pass them on to the next generation. Because we want our children -- and all children in this nation -- to know that the only limit to the height of your achievements is the reach of your dreams and your willingness to work for them."

Watch the interview with Donald Trump Jr. Tuesday night on CBS News. Stay tuned for more of the interview on "CBS This Morning" Wednesday.