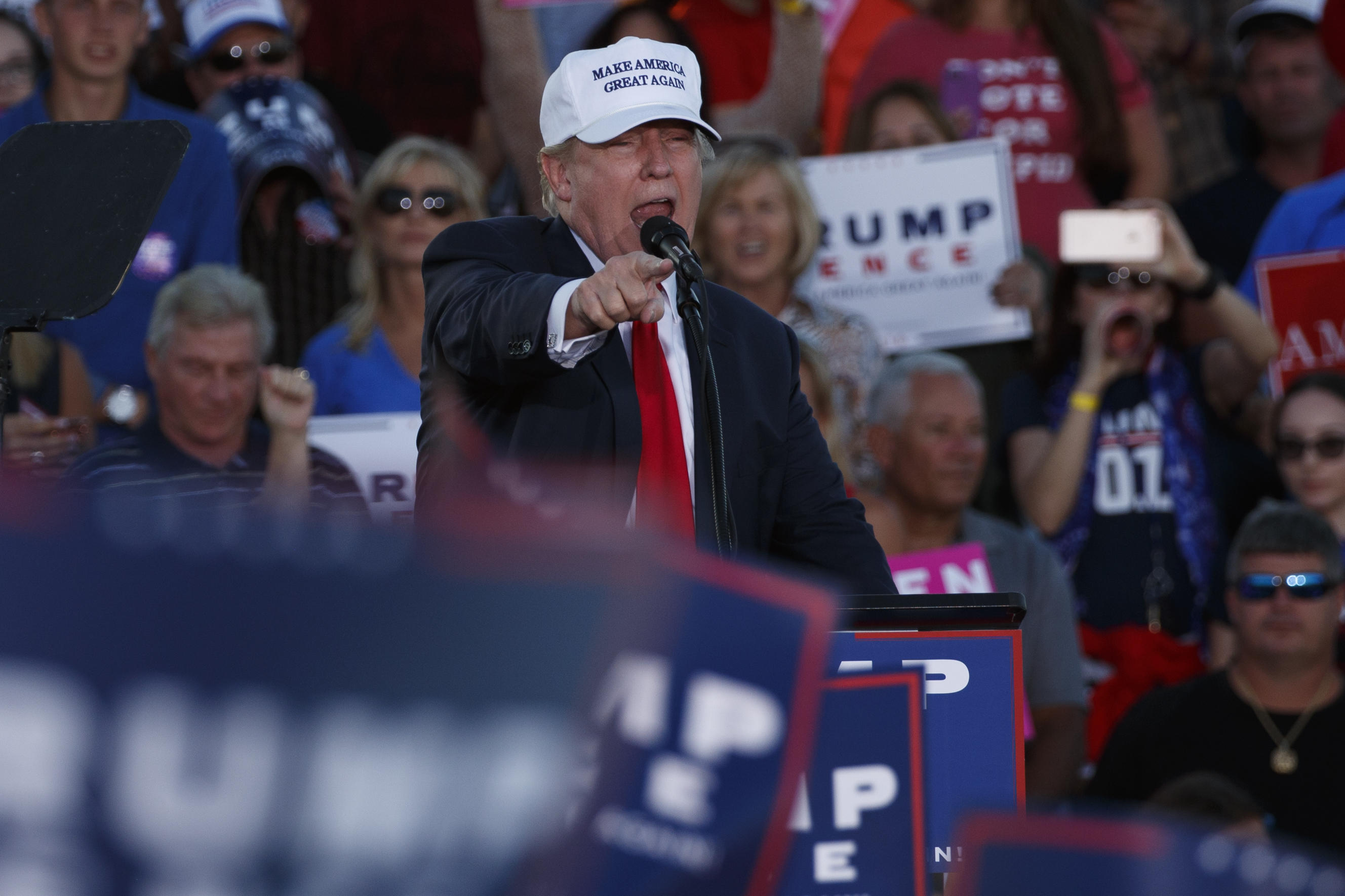 NAPLES, Fla. -- In a rare Sunday campaign event, Donald Trump told a crowd in Naples, Florida, that his opponent, Hillary Clinton, was “exhausted” after two general election debates, and in the midst of a separate set of insults also called her “weak,” “ineffective” and “trigger-happy.”

Trump is trying to turn around a struggling campaign, 16 days before Election Day. Even his own campaign manager, Kellyanne Conway, said on “Meet The Press” earlier in the day that Trump is currently “behind.”

In typical bravado, the GOP nominee played up his poll numbers, most of which show a growing deficit, but Trump said he did not believe so, especially among women.

“I’ll tell you what. We’re doing well in the polls but you know, I really think those polls are very inaccurate when it comes to women,” Trump said. “I think we’re doing better with women than with men, frankly. So we’re setting records with men, but I want to set records with women. To me – and I hate to tell the men this but if I could swap, I’d swap you out so fast, you have no idea how fast.”

In a Washington Post/ABC News poll released a week ago, Clinton is beating Trump by eight points among women (50 to 42 percent).

Trump also repeated another incendiary claim on Sunday, while blasting the effort of the Iraqi military to retake Mosul from ISIS saying it lacked the “element of surprise.”

He claimed that President Barack Obama pushed for the massive military operation for political reasons.

“The reason we went in, in my opinion, was Obama wanted to show what a tough guy he is before the election,” he said.

“If they’re there, why are we giving them all of this information? What happened to the element of surprise? You remember the old little saying? The element of surprise! So for three months, I’m reading ‘We’re going to Mosul and we’re going to get those people out!’ Well those people left about two seconds after they heard they were – they’re gone! But what isn’t gone – and who isn’t gone – are fighters.”

Sunday’s event in Florida is the first of a three-day-swing in the crucial state for Trump. In new CBS News/YouGov battleground tracker numbers released Sunday, Clinton holds a slight edge – 46 percent to 43 percent.