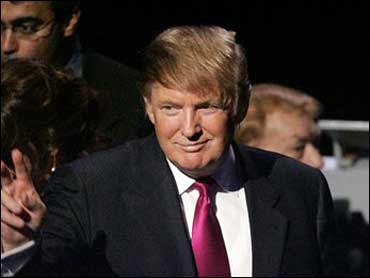 Donald Trump became a grandfather over the weekend, 14 months after he became a dad all over again.

The baby girl, Kai Madison, was born to Donald Trump Jr. and his wife, Vanessa, both 29, on Saturday in New York, according to published reports. She weighed 6 pounds, 14 ounces, the reports said.

Trump Jr. told People magazine from the hospital that he is getting used to the idea of being a father. "Everyone's great," he said.

He said the girl's name comes from her maternal grandfather, a Danish musician.

Kai will get to grow up alongside her uncle Barron, born to her grandfather and his third wife, Melania, in 2006.

The elder Trump told the New York Post that becoming a granddad was "terrific."

"Well, it's not something I had necessarily in mind, but it feels very nice," he said.