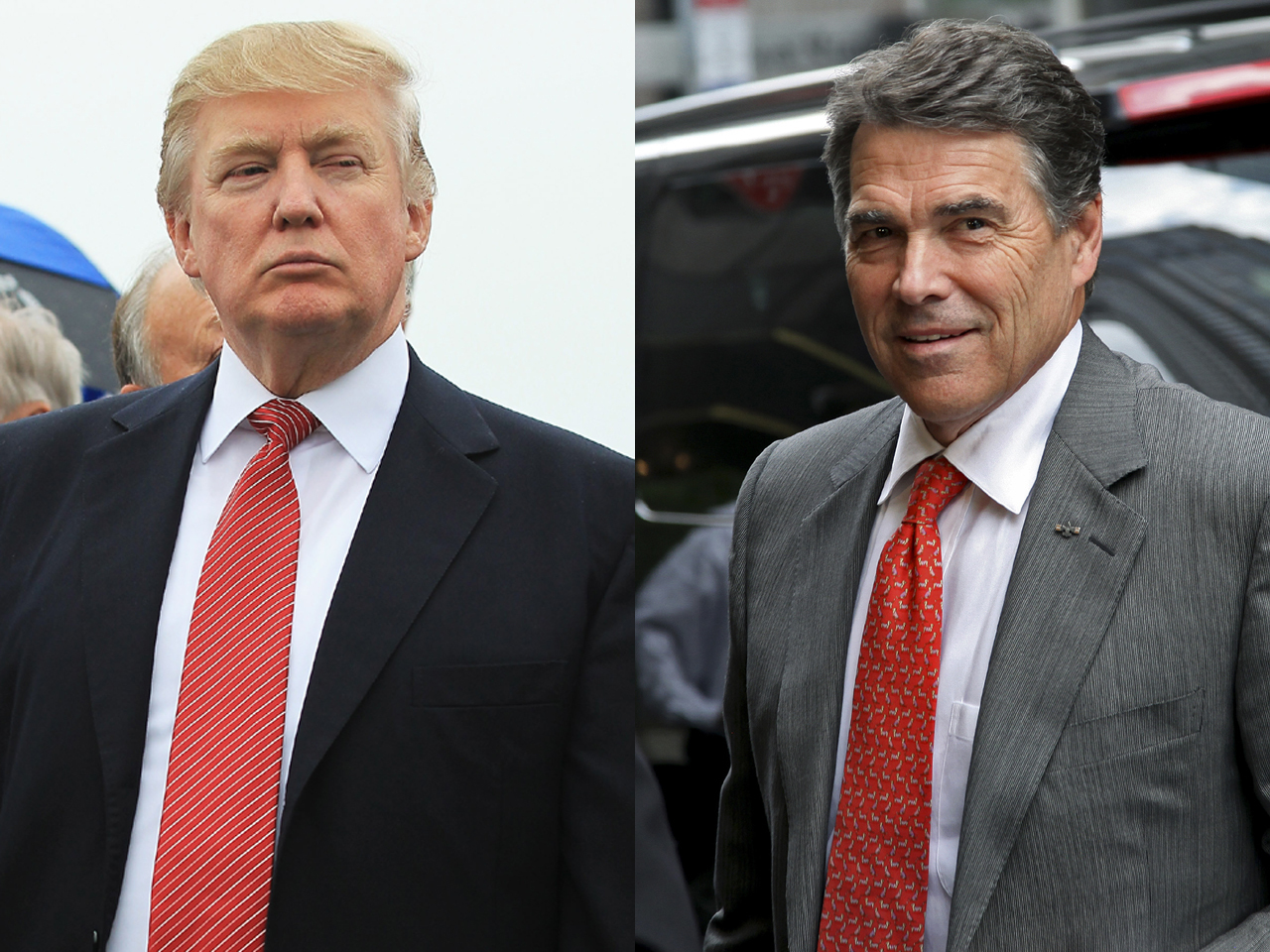 Perry huddled with Trump, who aborted his own bid for the GOP nomination earlier this year, at the real estate mogul's eponymous Trump Tower for more than an hour before his host whisked him off to dine at Jean-Georges Restaurant, a highly-rated - and highly priced -- eatery located in another Trump building overlooking Central Park.

No word on exactly what the power couple sampled, but the menu is a long way from the chicken fried steaks that are a culinary emblem of Perry's home state. According to an online menu, a $98 prix fixe menu gives diners the options of ordering dishes such as Fluke Sashimi with Floral Infused Cherries, Carmelized Foie Gras, and Crunchy Rabbit.

As they exited, Trump and Perry drew a crowd of onlookers. Some sought autographs. Some shouted encouragement. Others shouted epithets.

The two seemed in good spirits after their feed.

"Excellent, excellent," said Trump, when asked how the meeting went.

Added Perry: "It was very good. He knows his restaurants."

Perry is the latest in a series of Republican presidential contenders or potential contenders who have come calling on Trump. So far, he seems to have been the one who merited the most red carpet treatment. When Sarah Palin brought her bus tour through New York in June, Trump hosted her at a pizzeria on Times Square.