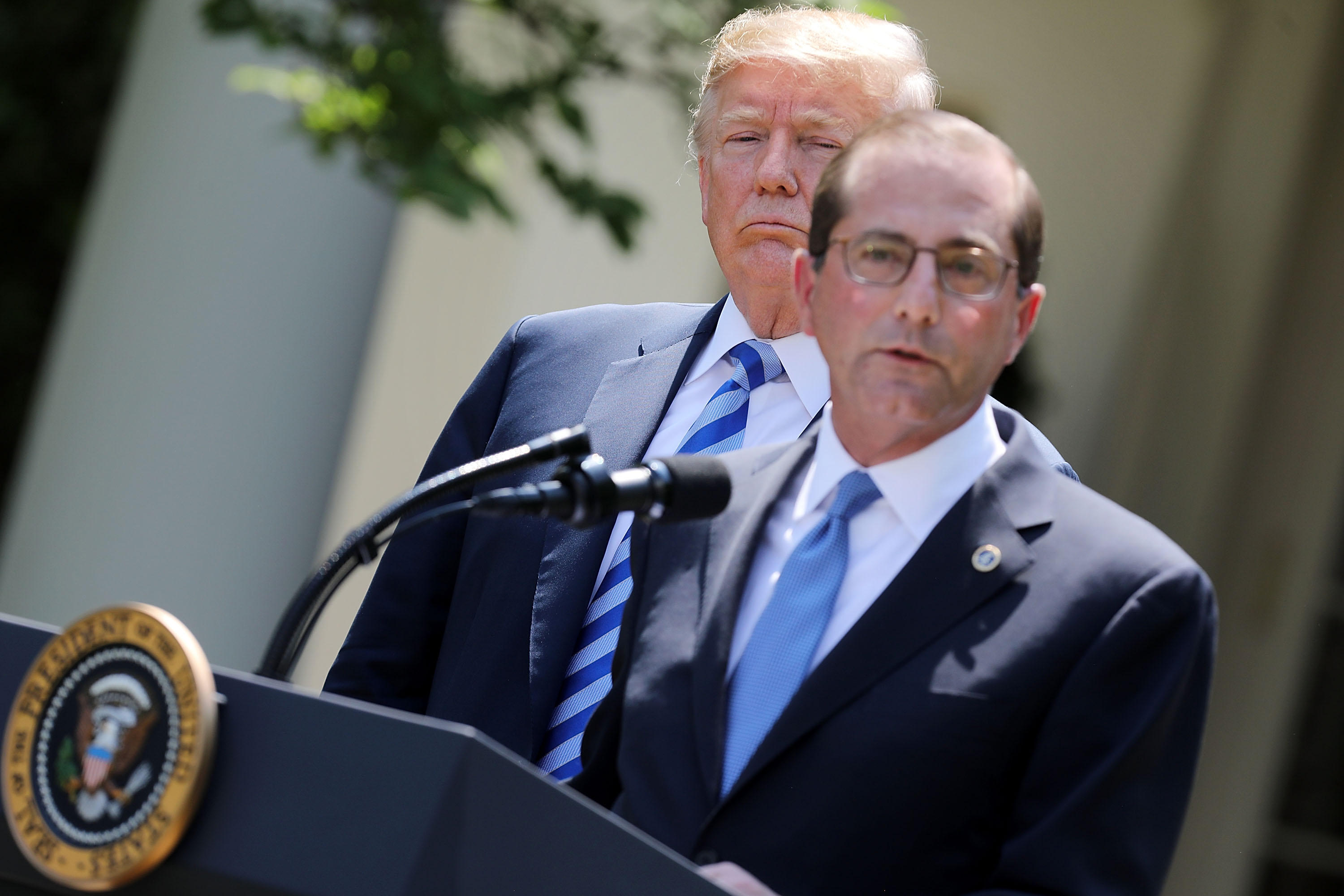 WASHINGTON -- The Trump administration will resurrect a Reagan-era rule that would ban federally funded family planning clinics from discussing abortion with women, or sharing space with abortion providers. The Department of Health and Human Services will announce its proposal Friday, a senior White House official said Thursday, speaking on condition of anonymity because the official was not authorized to confirm the plans before the announcement.

The policy has been derided as a "gag rule" by abortion rights supporters and medical groups, and it is likely to trigger lawsuits that could keep it from taking effect. However, it's guaranteed to galvanize activists on both sides of the abortion debate ahead of the congressional midterm elections.

The Reagan-era rule never went into effect as written, although the Supreme Court ruled that it was an appropriate use of executive power. The policy was rescinded under President Bill Clinton, and a new rule went into effect that required "nondirective" counseling to include a range of options for women.

Abortion is a legal medical procedure. Doctors' groups and abortion rights supporters say a ban on counseling women trespasses on the doctor-patient relationship. They point out that federal family planning funds cannot be currently used to pay for abortion procedures.

Abortion opponents say a taxpayer-funded family planning program should have no connection whatsoever to abortion.

"The notion that you would withhold information from a patient does not uphold or preserve their dignity," said Jessica Marcella of the National Family Planning & Reproductive Health Association, which represents family planning clinics. "I cannot imagine a scenario in which public health groups would allow this effort to go unchallenged."

She said requiring family planning clinics to be physically separate from facilities in which abortion is provided would disrupt services for women across the country.

But Kristan Hawkins of Students for Life of America said, "Abortion is not health care or birth control and many women want natural health care choices, rather than hormone-induced changes."

Known as Title X, the nation's family-planning program serves about 4 million women a year through clinics, at a cost to taxpayers of about $260 million.

Planned Parenthood clinics also qualify for Title X grants, but they must keep the family-planning money separate from funds used to pay for abortions. The Republican-led Congress has unsuccessfully tried to deny federal funds to Planned Parenthood, and the Trump administration has vowed to religious and social conservatives that it would keep up the effort.