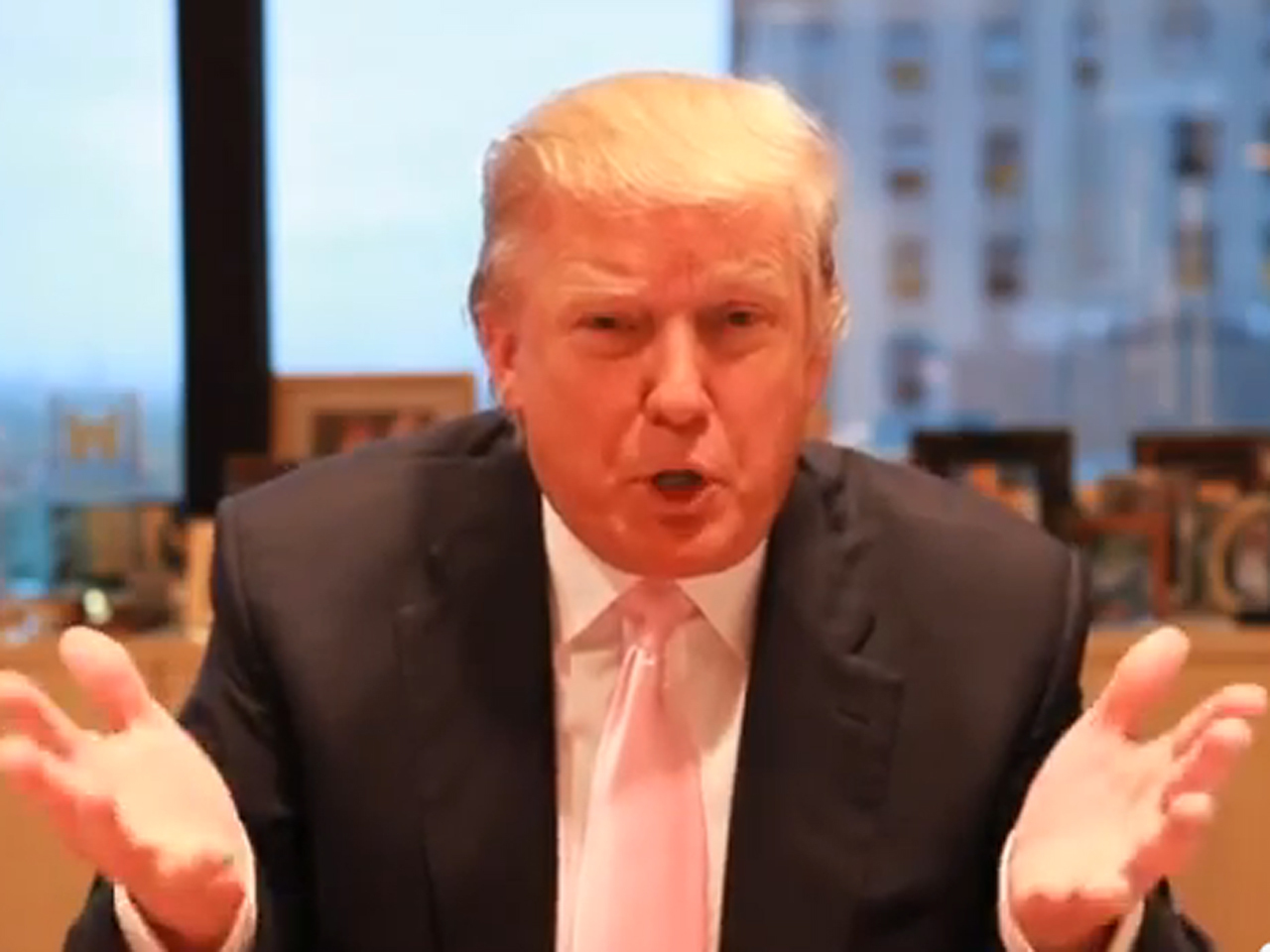 So - did he deliver?

Speculation swirled, with Trump promising earlier this week on "Fox and Friends" that he had "something very, very big concerning the President of the United States."

But as it turned out, Trump didn't have any dirt on the president, just a bizarre deal that leaves many on both sides of the aisle wondering if Trump has jumped the shark.

Trump's "big" announcement arrived Wednesday, via YouTube, and billed as a bombshell, it was really more of a bust.

Trump said in the video, "Now, I have a deal for the President. ... If Barack Obama opens up and gives his college records and applications, and if he gives his passport applications and records, I will give to a charity of his choice -- inner city children in Chicago, American Cancer Society, AIDS research, anything he wants, a check, immediately, for $5 million."

Greta Van Susteren said on Fox, "First of all, $5 million - that's chump change to you. You're a very rich man."

Told that the president is not going to do it, Trump replied, "Well, no, I don't know that."

Others couldn't resist the punch lines. David Letterman said, "Hey Don, I'll give you $5 million if you release that thing on your head. Let him go! Let him be free!"

Steven Colbert quipped, "He has to have it by 5 o'clock on Halloween because that night he's renting out his enormous orange head as a jack o'lantern."

Even the president joined in. Asked by late night host Jay Leno, what it is between he and Trump, Mr. Obama said as a joke, "This all dates back to when we were growing up together in Kenya."

Trump has typically been a friend to the Republican Party. In February, Mitt Romney sought his endorsement for president.

But this latest move has many on the right feeling a little wronged. Conservative writer Jim Geraghty, of the National Review, tweeted,

Fox News' Bill O'Reilly had this to say to David Letterman: "It's not important. He's the President of the U.S. and what's important is whether he can turn the economy around, that's what's important."

Last year, President Obama released his birth certificate in an effort to silence people like Trump.

Mr. Obama said at the White House Correspondents' Dinner, "No one is happier, no one is prouder about putting this birther issue to rest than the Donald. And that's because he can finally get back to focusing on the issues that matter - Did we fake the moon landing? What really happened in Roswell? And where are Biggie and Tupac?"

But as the presidential election approaches its eleventh hour, Trump seems to be looking for any way to move the needle - no matter how far he has to reach.