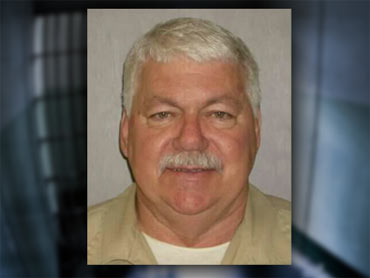 A South Carolina man once described as a the nation's No. 2 breeder of fighting pit bulls was granted parole Wednesday by state officials, six years into what was originally a 40-year sentence.

The Probation, Parole and Pardon Services board voted 5-2 to grant parole to David Ray Tant, who told the panel he is a changed man and accepts full responsibility for his crimes.

"That old life is behind me now," Tant, 63, told board members via video conference from prison, adding that he attends church services twice a week. "I assure you, I have learned my lesson."

In July, a three-member panel voted 2-1 in favor of parole, but the split vote meant Tant would be heard before the full board. Under the conditions of his release, Tant is not allowed to have contact with dogs or online chatrooms about dog breeding or fighting. It will take several weeks to process Tant's paperwork, so he will not be released immediately, officials said.

Tant, 63, was arrested in 2004 after a surveyor near his Charleston County property triggered a booby trap that authorities said had been set to keep intruders away. Investigators removed dozens of pit bulls from Tant's compound, also seizing caged treadmills, cattle prods, shotguns and rifles, as well as small explosive devices.

The dogs were cared for by an animal shelter in Charleston but later euthanized because they were deemed too aggressive for adoption. Tant was charged with 41 counts of dogfighting - one for each dog seized - and assault and battery for the surveyor's injuries.

Just as his trial got under way, Tant pleaded guilty and was sentenced to 40 years in prison for the assault and six of the dogfighting charges. That sentence was reduced to 30 years after he paid $80,000 to the shelter as restitution for taking care of the dogs.

Tant's arrest came just weeks after South Carolina Attorney General Henry McMaster partnered with state police to create a special dogfighting task force. Since then, McMaster's office has prosecuted dozens of dogfighting cases, most of which resulted in fines or up to five years in prison.

On Wednesday, McMaster said Tant's release on his first attempt at parole was an injustice both to the authorities who originally put him in prison and to the overall battle against animal fighting.

"It's a huge setback," said McMaster, who implored the board not to release Tant. "This shows that the parole system in this state is dysfunctional."

Animal rights officials have said they collected more than 5,000 signatures from people opposing Tant's early release, calling him a prolific dog breeder who created a vicious line of championship dogs whose descendants are still involved in fights around the country.

Steven Baker, the man who was hospitalized for birdshot pellet wounds from Tant's rigged gun, wrote the board saying he would not oppose parole and that Tant had paid him $17,500 in restitution to cover his medical bills.

After the hearing, Tant's attorney said his client has received several job offers and plans to take care of his mother and ailing sister once he's released.

"We do feel like justice was served today," Doug Jennings, who is also a member of the state legislature, said after the hearing. "He has used his time to search his own soul."

Tant is also appealing his sentence to the South Carolina Court of Appeals, which is expected to consider that case later this year.