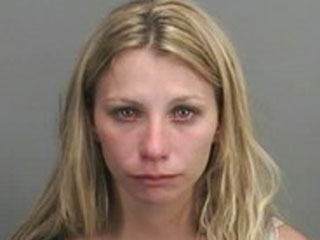 TMZ reports that the charges were filed "within the last week."

Chapman, 23, who's featured on her father's reality TV show, was arrested in a residential neighborhood of Honolulu, called Hawaii Kai, at about 3:30 AM, after she allegedly began banging on residents' doors and swearing while intoxicated, according to CBS affiliate KGMB.

Police say Chapman kicked and broke a window and slapped an officer's cell phone out of his hand while he was using it, according to the station.