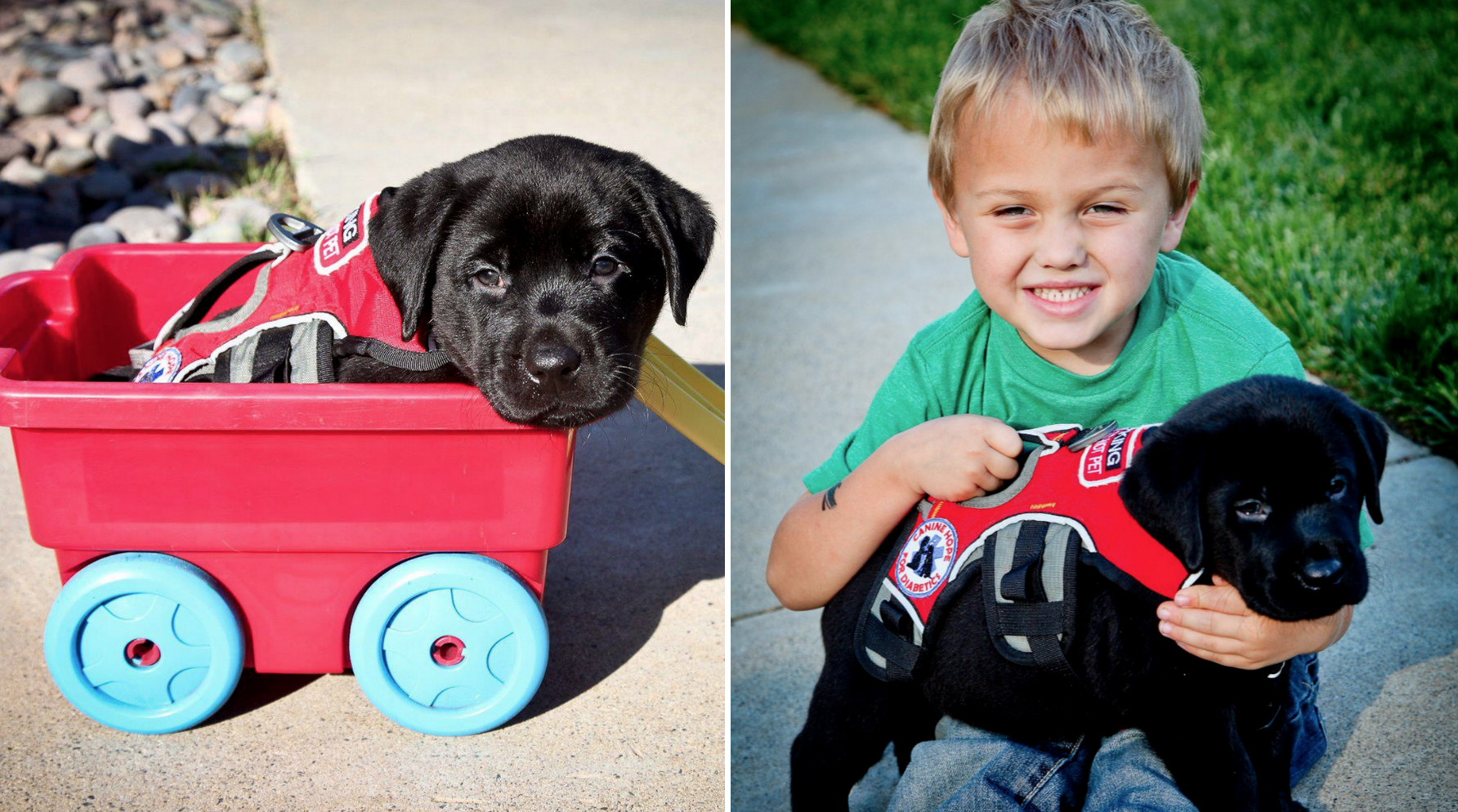 It was the middle of the night.

No alarms were going off, Dorrie Nuttall wasn't checking her 7-year-old diabetic son's blood sugar and her family was fast asleep; it was at that moment things got "scary very fast."

Thankfully, the little boy's black Labrador "Jedi" was nearby.

Jedi sensed Luke's blood sugar was alarmingly low, jumped onto Nuttall's bed and laid on top of her until she woke up. When Nuttall pricked her son's finger, she discovered his glucose level was 57 mg/dl -- a low level.

"Luke was laying right next to me, just inches from me, and without Jedi I would have had no idea that he was dropping out of a safe range," Nuttall explained in a Facebook post that has since gone viral.

At the age of two, Luke was diagnosed with type 1 diabetes, a form of the disease that only 5 percent of people with diabetes have, according to the American Diabetes Association.

"We don't have a single member of our family [with diabetes]. I knew nothing about it. Nothing," Nuttall told CBS News. "A lot of kids die almost at diagnosis. People don't know the warning signs."

That's why Nuttall decided to share her son's story on Facebook, which highlights the unbreakable bond between a boy and his service dog.

The first grader has tools, monitors and a continuous glucose monitoring system inserted under his skin to track his blood sugar levels. But perhaps his most useful alarm system: his dog Jedi.

At just 11 weeks old, Jedi began training as a diabetic alert dog (DAD). Nearly five years later, the dog is able to use his nose to identify warning signs.

"They love each other," said Nuttall of the friendship between the pair. "I can't explain their connection; it's very strong and very beautiful."

School, the doctor or the front yard -- wherever Luke is, Jedi isn't far behind.

Similar to a bomb sniffing dog, Jedi is able to detect Luke's low or high blood sugar by smell.

With type 1 diabetes, there are highs and lows every day.

"[Jedi's] alerts often beat the meters and he saves Luke from lots of the crummy feelings and health issues that go along with each. But Jedi's job goes beyond alerting, he also saves Luke from being alone, from being scared; he is his constant companion," Nuttall shared on Facebook.