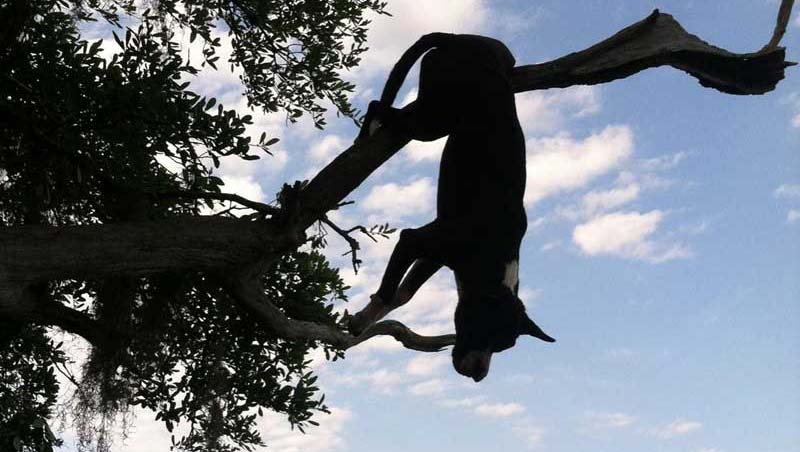 WADMALAW ISLAND, S.C. -- A dog has been rescued after he was found impaled on a tree limb and dangling 15 feet in the air in a South Carolina marsh.

CBS affiliate WSCS reports a concerned citizen heard a dog barking nonstop on Wadmalaw Island over the weekend. The man went to investigate Monday and found a male Staffordshire terrier mix suspended and impaled on the limb.

Animal control officers rescued the dog and carried him out of the marsh on a stretcher. Officials say the dog was stuck on the limb for 24 hours and believe he likely ran up the tree while chasing an animal.

According to a spokeswoman with the Charleston County Animal Society, the stick didn't go into the wall of his stomach or puncture his intestines, WSCS reports.

The dog is being treated at a vet's office for wounds. He had a microchip and the vet is trying to contact his owners.

The pet is in critical guarded condition, the station reported.

"This was a close call for this pet, and we are doing everything possible to save him," said Charleston Animal Society Senior Director of Veterinary Care Lucy Fuller. "If it weren't for people's generous donations to our medical fund, Toby's Fund, we wouldn't be able to save animals like this one."

Can the U.S. beat the Netherlands?