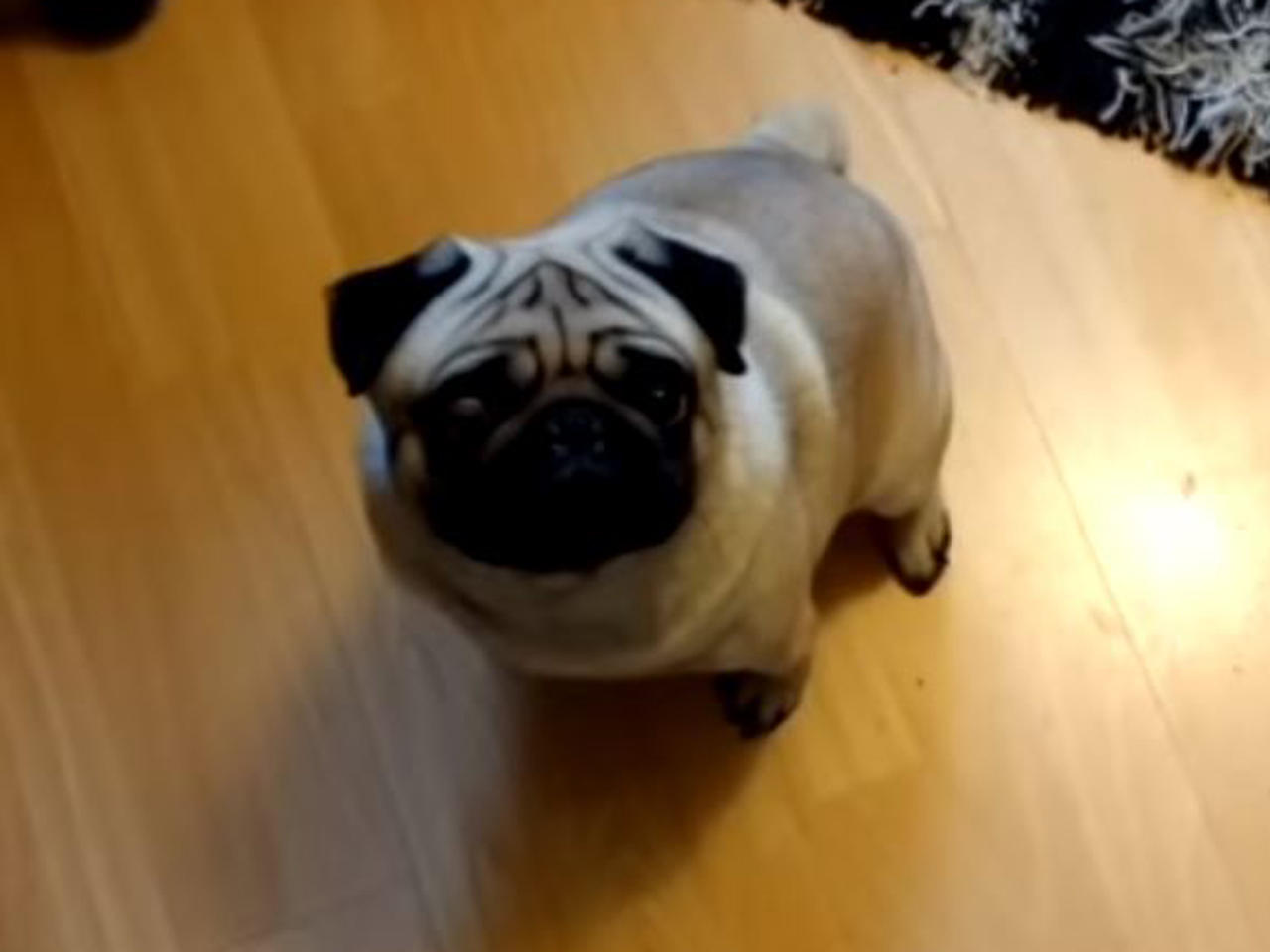 LONDON -- A Scottish man who filmed a dog appearing to give Nazi salutes was fined 800 pounds ($1,200) on Monday after being convicted of a hate crime, in a case that has sparked a debate about the limits of free speech. Mark Meechan filmed his girlfriend's pug responding to phrases such as "sieg heil" by raising its paw and posted the footage on YouTube in 2016.

Meechan - a comedian and video blogger who uses the name Count Dankula - said the stunt was meant as a joke, but he was convicted last month of posting "grossly offensive" material.

A judge at Scotland's Airdrie Sheriff Court imposed the 800-pound fine Monday. Sheriff Derek O'Carroll said the video "contained menacing, anti-Semitic and racist material." The dog was filmed responding to the phrase "gas the Jews," which was repeated 23 times in the video, O'Carroll said.

The judge said that while the right to freedom of expression is very important, "in all modern democratic countries the law necessarily places some limits on that right."

Outside court, Meechan, 30, said his conviction set a "really dangerous precedent" for free speech and he would appeal. His conviction drew expressions of concern from comedians such as Ricky Gervais. Several far-right commentators also championed Meechan's position.

Meechan, who described the contents of his YouTube channel as "offensive social commentary in an accent you won't understand," said Scottish authorities have ignored the context of the dog video.

"It's the juxtaposition of having an adorable animal react to something vulgar that was the entire point of the joke," he said.

His video was still on YouTube on Monday. On the page for the video, viewers were greeted with a message saying "the following content has been identified by the YouTube community as inappropriate or offensive to some audiences" and could click a button to view the video.

Another message said that the abilities to comment on or share the video were disabled because of the material.