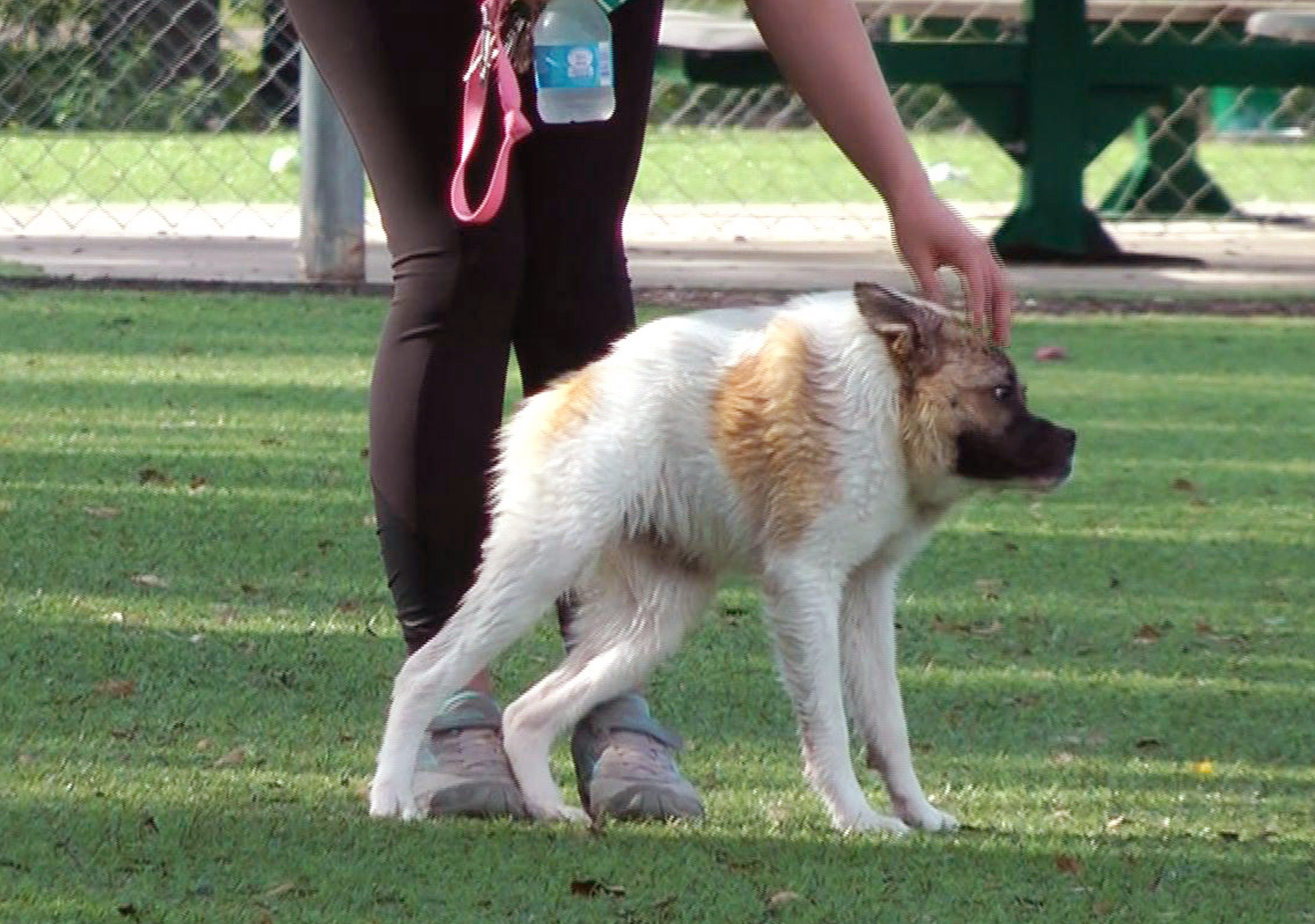 ALABASTER, Ala. -- It's impossible not to stare at Kim Dillenbeck's dog Pig.

Born in Atlanta with severe deformities and adopted by the Alabama woman, the 8-month-old mutt has gangly legs, a body that appears to have been chopped in half and no neck.

Pig looks like one of those fake animals created with Photoshop to draw clicks on websites, yet she's real.

"The whole clinic loves her. She comes in and she's a rock star here," said Dr. Rachael Hudson-Breland, a veterinarian who treats Pig.

The friendly little animal hops like a frog to stand up and walks with a high-shouldered gait that resembles a gorilla. Unable to swing her head side to side, Pig spins her whole body to see what's beside her.

None of the vets who care for the dog have ever seen another animal with the same condition, said Hudson-Breland, but Dillenbeck has seen a few similar-looking dogs on the Internet.

Found as a puppy with three littermates in a wooded area in metro Atlanta, Pig is smaller than her surviving siblings at only 15 or so pounds. Her spine is about 7 inches shorter than normal and wavy, with many bones fused together.

Dillenbeck, who first saw the dog during a Christmas visit and later brought her home, said coming up with a name wasn't difficult.

"When she was really, really little she looked like a little fuzzy piglet," said Dillenbeck, who lives in nearby Helena.

Tens of thousands of people have watched Internet videos of Pig since she had a coming-out party during a community event in Birmingham last month, and Pig has her own Facebook page with more than 3,400 followers.

Last week, dog owners at a suburban park lost track of their own animals as they stopped to watch Pig play in water and run around surprisingly quickly.

Dillenbeck said it's the same anytime Pig ventures out in public.

"She always draws a crowd," she said.

Visiting the park with her boyfriend and two dogs, ballet dancer Tricia Bianco didn't know quite what to make of Pig.

"She is like a little pig. She's cute," Bianco said.

Pig plays and runs with other animals, and Hudson-Breland said the dog doesn't have any major health problems. But Pig does tire easily, and she sometimes loses her balance and topples over like a toddler.

Overall, though, Pig is in great shape for the shape she's in.