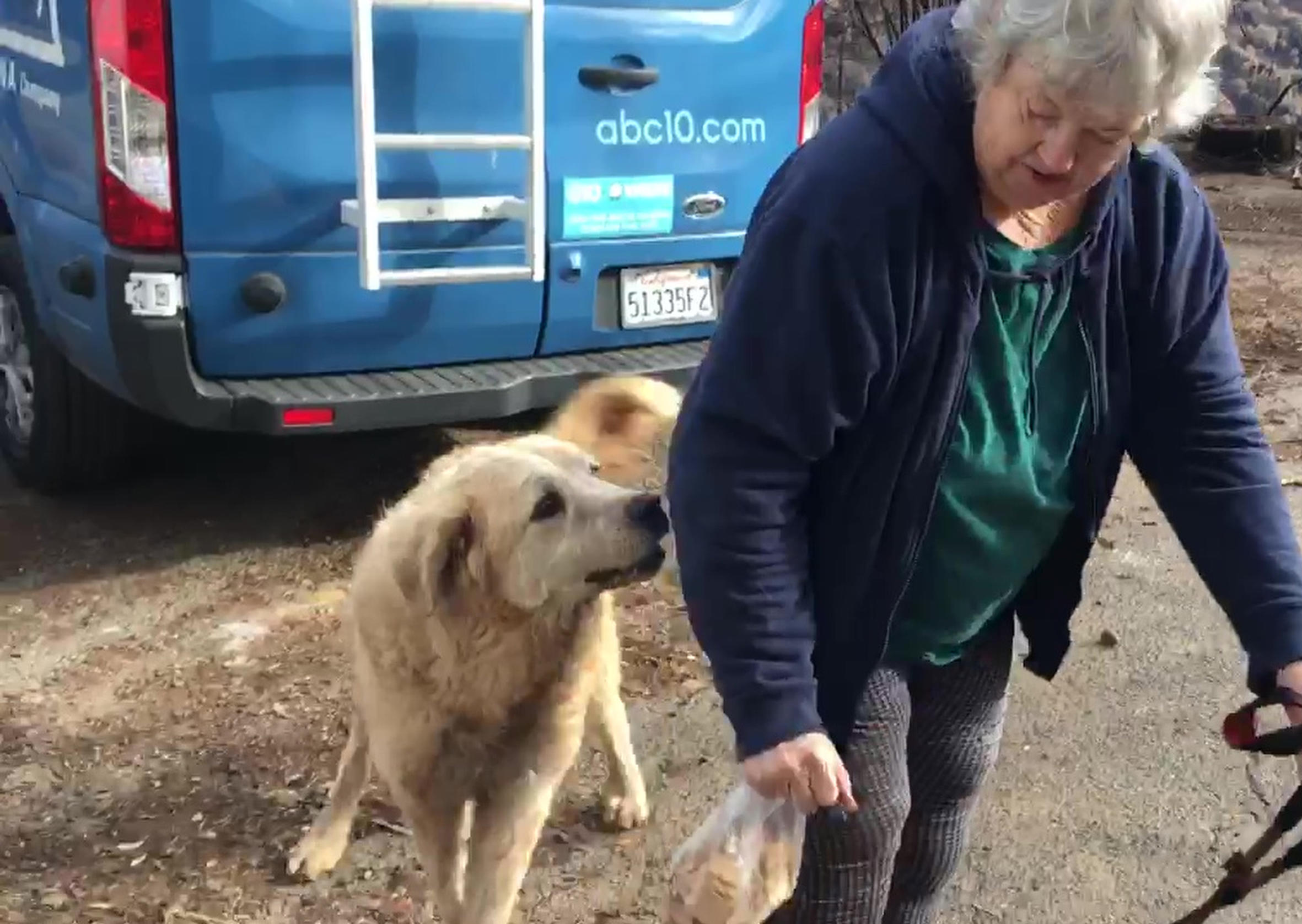 SAN FRANCISCO — A dog that survived the catastrophic "Camp Fire" in Northern California apparently protected the ruins of his home for almost a month until his owner returned. Madison was there waiting when Andrea Gaylord was allowed back to check on her burned property in Paradise this week.

The "Camp Fire," which destroyed the historical mining town, is the most deadly in state history, with at least 88 fatalities. The wildfire destroyed nearly 19,000 buildings, including 13,954 homes.

Gaylord fled when the November 8 fire broke out and decimated the historical mining town of 27,000. An animal rescuer who responded to Gaylord's request to check on Madison first spotted the male Anatolian shepherd mix several days later.

Shayla Sullivan said the outdoor guard dog was apprehensive and kept his distance. Sullivan left food and water for him regularly until Gaylord got back on Wednesday. She also helped locate Madison's brother Miguel, another Anatolian shepherd mix that was taken to a shelter 85 miles away in the confusing aftermath of the wildfire.

The dogs reunited Friday when Gaylord came back to the property with Miguel and brought Madison his favorite treat: a box of Wheat Thin crackers. "You could never ask for a better animal," Gaylord told KXTV. "You really couldn't."

"Imagine the loyalty of hanging in in the worst of circumstances and being here waiting," she said.

California bakes as floods sweep through the South