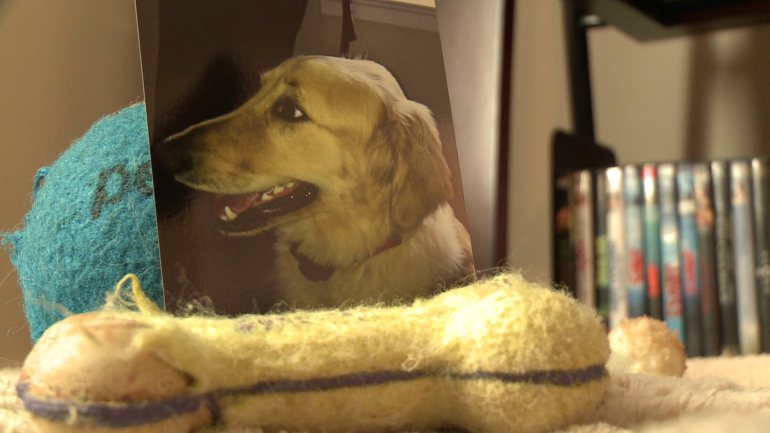 POWHATAN, Va. -- A Virginia woman says her dog died while being groomed at a Petco store, and the company says it's investigating the incident.

CBS affiliate WTVR reports that Allison Marks dropped off her 2-year-old golden retriever, Colby, at the store in Chesterfield for a regular grooming Saturday.

Marks, of Powhatan, says that when she called to check on her dog, she was told to meet an employee at a nearby animal clinic. Marks says a veterinarian there told her he believed Colby had died of a heat stroke.

Marks says she believes the groomer washed her dog, then left him inside a heated cage dryer for an extended period.

Marks told WTVR that the incident was the worst day of her life since her husband's death.

Marks' daughter, Melody Newman, told WTVR that the family is still in "complete shock" over what happened.

"My sister had called and she told me what had happened and I was like, 'Are you serious?'" Newman said. "Colby was a very playful puppy. He just turned two in February. He was so playful."

A statement released on behalf of Petco says the company is investigating. The employee was suspended, WTVR reported. Chesterfield Animal Control also has launched an investigation

WTVR reported that Petco issued a statement Monday which said that while Colby was in a dryer cage, it was not a cage that was heated.