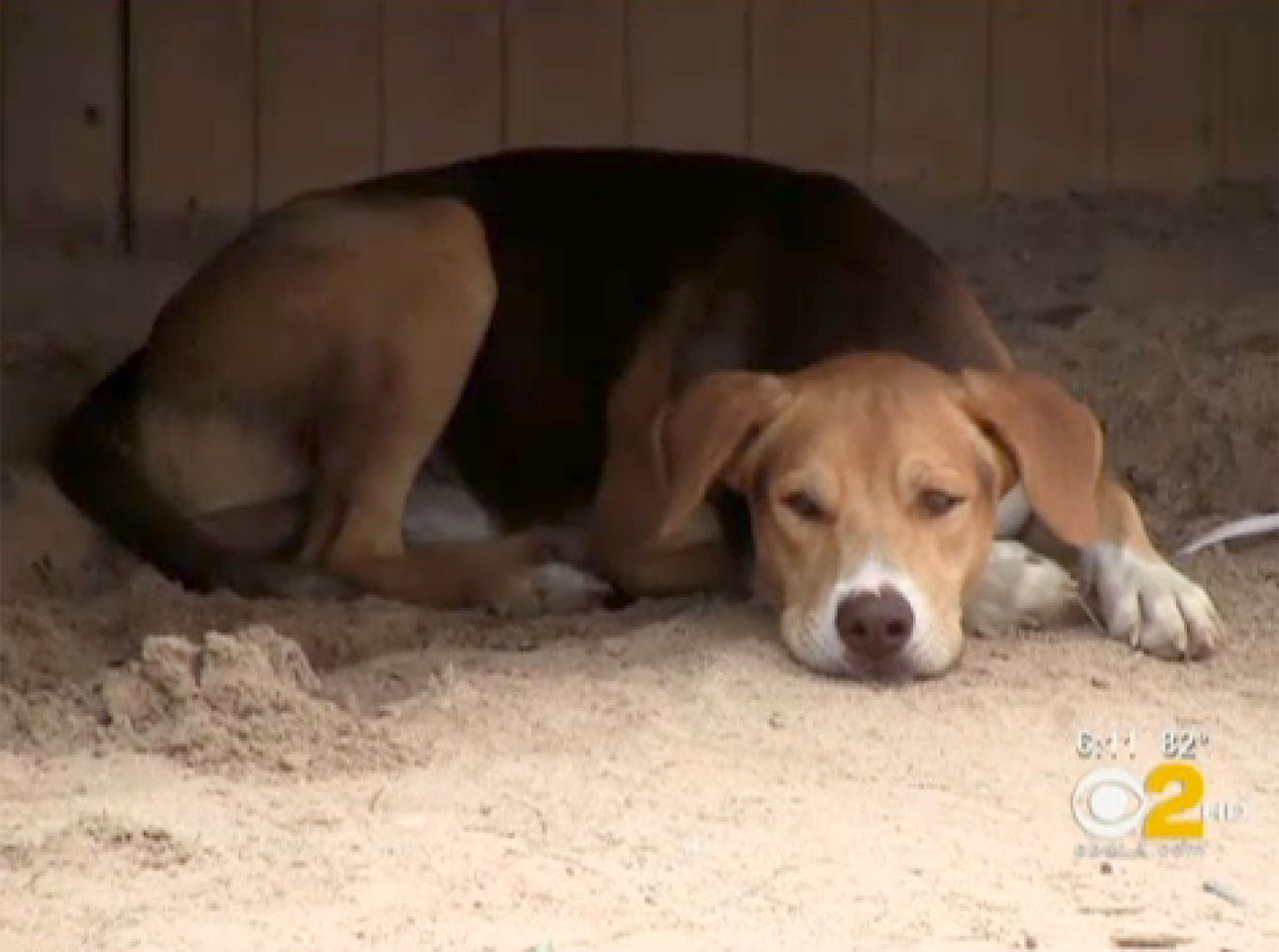 Lucky's surprise find prompted a police investigation in Newberry Springs, a small unincorporated town in the Mojave Desert where the beagle's owner lives.

"It didn't seem like it was real. It was freaky, scary, and I was in shock," Erica told CBS Los Angeles of the foot.

Erica then called the San Bernardino Sheriff's office, who sent detectives that found more body parts along the I-40 Freeway.

Detectives said they can't yet determine the race or gender of any of the remains.

They are looking into missing persons cases in the are and will gather DNA from the parts they've found.