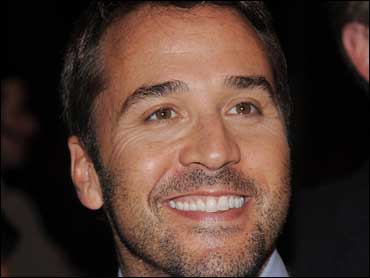 The actor known for playing uber-agent Ari on "Entourage" blamed mercury poisoning from eating too much fish for his sudden exit from the Broadway play "Speed-the-Plow" in December.

Now Piven is defending himself against a grievance complaint filed by the play's producers who - like some other observers - are dubious of the I-ate-too-much-fish claim.

Medical researchers say it's possible Piven's case - which heads to arbitration in June - could hold water. Mercury can indeed pose a serious health threat to people who eat too much fish and seafood.

But before you swear off sushi, consider the caveats.

Fish, on balance, is recommended by doctors because it is high in protein and heart-healthy omega-3 fatty acids. Mercury levels in fish are typically minute, and they vary among different types of fish. And unless you're eating catch from polluted waters, you usually have to eat an awful lot of fish for quite a while before showing signs of mercury poisoning.

Piven, 43, has disputed reports that he was overeating sushi, but he also told The New York Times that he had been eating fish twice a day for 20 years. Medical experts say adults who eat that much seafood can indeed risk mercury poisoning.

Mercury occurs naturally in the atmosphere and humans pump even more of it into the air through pollution. When it lands on lakes, rivers and oceans, mercury can be transformed by microorganisms into a more toxic form called methylmercury. That's the danger for seafood eaters.

Trace amounts of methylmercury can build up in fish and shellfish. And it can build up in the animals that eat those fish, including humans, who then can experience neurological problems. Symptoms can include tingling sensations around fingertips, toes and lips, a lack of coordination, vision problems and trouble articulating words. In extreme cases, mercury poisoning can cripple, kill and cause birth defects.

Health officials are most concerned about the danger to developing brains and nervous systems and issue strict consumption recommendations for children, pregnant women and women of childbearing age. But all adults are advised to watch their seafood consumption.

The Institute of Medicine of the National Academies recommended several years ago that healthy adult men who consume more than two servings of seafood a week eat different varieties of fish to lessen risks of loading up on a single contaminant. The rule of thumb is the lower on the food chain, the lower the mercury level. Salmon and flounder will tend to have lower levels than larger predators, such as shark and swordfish.

Eating sushi can be a concern because bluefin and other sushi-grade tuna tend to be bigger fish. But again, it's a matter of how much you eat. A piece of sushi could have less than half an ounce of tuna, according to Gochfeld. Eat a few pieces a week, there is likely no issue. Eat 20 pieces of sushi per meal multiple times a week, there could be a problems.

While people will sometimes point to the sushi-loving Japanese as proof of the food's safety, Gochfeld says that people in Japan consume a wide variety of seafood, including fish lower on the food chain, such as herring and sprat.

"Sushi is a special treat. It's eaten once a month," he said. "It's not something that has become a staple as it has become for some people in this country."

Koch showed no symptoms but had his blood tested as a precaution after being told of the potential dangers of mercury. The results: blood levels more than seven times normal.

The lesson here is moderation. People tend to get mercury poisoning through chronic exposure to small doses over long periods, says Shawn Gerstenberger of the School of Public Health at the University of Nevada, Las Vegas.

"We, as human beings, tend to get a little excessive and too much of anything can be harmful to you," Gerstenberger says.

It's not clear if Piven was loading up on the swordfish, too. His spokeswoman, Samantha Mast, says Piven would not say more about the situation. Piven has said he started to feel sluggish and sleepy during rehearsals for the play last fall. The actor has said he eventually passed out at home and had to drop out from the play. He claims to have had six times the normal limit of mercury.

The story drew snickers. Even "Speed-the-Plow" playwright David Mamet joked that Piven planned to leave show business to pursue a career as a thermometer. Others suggested Piven's real indulgence was not seafood but nightlife.

The producers say they have requested information on Piven's "alleged illness," including medical records and documentation of Piven's activities during and after the run of the show.

Mast says Piven has been fish-free for months, which is the right move. It can take many months, but mercury levels in the body decrease over time. Koch, for instance, says it took about a year to get his levels down (he still eats swordfish, but only about once a month).

Piven is getting better, too, and is filming another season of "Entourage."