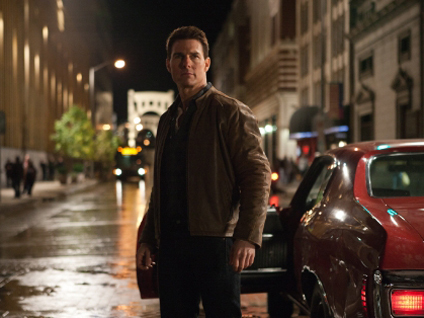 (CBS News) Just months before actor Tom Cruise takes to the big screen as ex-military policeman Jack Reacher, author Lee Child has come up with a new adventure for Reacher.

"A Wanted Man," published today, is the 17th book in Child's Reacher series. In it, the larger-than-life military man turned drifter gets a ride while hitchhiking from a pair of kidnappers and their cocktail-waitress victim.

Not one to turn to his back on a victim, Reacher embarks on a 400-page journey in rural Nebraska that involves a terrorist cell, a pumping-station murder, a host of federal agencies and the scaling of a high-security fortress.

Reacher fans, however, may be wondering as they read just how Cruise will do in bringing the math-obsessed, coffee-loving vigilante to life. Reacher is described as a blondish, hulking six feet, five inches tall, with broad shoulders, long arms and hands like shovels

Producers have said that while Cruise may not meet all the literal qualifications, he portrays Jack Reacher the way Child wrote him - "as a force of nature."

Due out Dec. 21, "Jack Reacher," the Paramount movie about a sniper and five random victims, is based on "One Shot," the ninth book in the series. It also stars Rosamund Pike, Werner Herzog, Robert Duvall, and Richard Jenkins.

Tell us: What do you think of Tom Cruise as Jack Reacher?