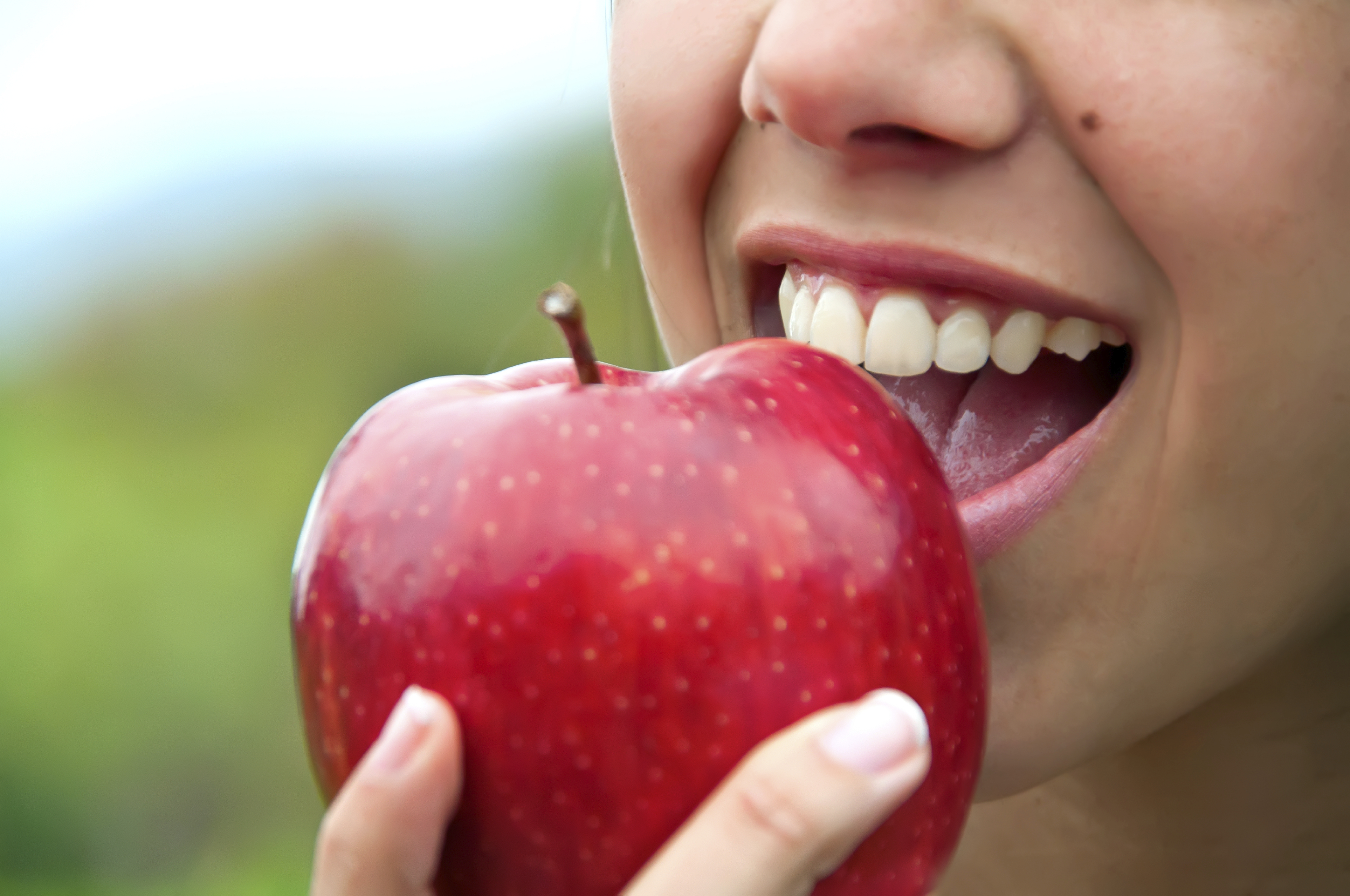 An apple a day doesn't necessarily keep the doctor away -- but it may help cut your pharmacy bill. That's according to new research that turned an analytical eye on the old wives' tale and found daily apple eaters had just as many doctor visits as those who ate fewer or no apples.

The findings don't mean apples aren't good for you but they do underscore that it takes more than just one kind of food to make a healthy diet and avoid illness.

About one-third of the adults studied said they had no more than one doctor visit in the previous year; the remainder reported at least two visits. A preliminary analysis found people who eat apples regularly had slightly fewer doctor's visits than people who don't. But that difference disappeared when the researchers considered weight, race, education, health insurance and other factors that can influence frequency of medical visits.

Eating apples did not reduce the number of overnight hospital stays or mental health visits.

However, apple eaters were slightly less likely to use prescription drugs, the researchers found. The study lacks information on use of over-the-counter drugs and alternative medicine.

"Our findings suggest that the promotion of apple consumption may have limited benefit in reducing national health care spending. In the age of evidence-based assertions, however, there may be merit to saying 'An apple a day keeps the pharmacist away,'" the study concludes.

The study, published Monday in JAMA Internal Medicine, is based on data from about 8,400 U.S. adults who took part in government health surveys in 2007-08 and 2009-10. The adults answered questionnaires that included queries about foods they'd eaten in the previous 24 hours and medical care in the past year. About 9 percent of those surveyed said they ate at least one small apple daily. As a group, apple eaters in the study tended to be more educated, less likely to smoke, and more racially diverse than non-apple eaters.

The study did have a number of limitations. Since it was based on a survey of what people ate in the previous 24 hours, it may not necessarily reflect their overall eating habits. The study lacks information on other foods people ate and it isn't rigorous enough to determine whether people who choose to eat apples are healthier or unhealthier than those who don't. The reason for the reported doctor visits also isn't included in the study.

How 'bout them apples?

Apples are a good source of vitamin C; one medium apple has about 100 calories and provides nearly 20 percent of the daily recommended amount of fiber. Apples also contain small amounts of vitamin A, calcium and iron.

The proverb is thought to have originated in Wales in the 1800s. Apples, which have a long shelf life, were likely one of the few fruits that were available throughout the year, said Alice Lichtenstein, a Tufts University professor of nutrition science and policy who was not involved in the study.

Nutritionists generally agree that apples can be a good food choice. But, said Dr. Steven Zeisel, director of the University of North Carolina's Nutrition Research Institute, "One apple isn't going to be enough to make a difference unless it's part of a healthy food pattern."

Nearly half of Americans live in areas where they should consider masking, CDC data says
Thanks for reading CBS NEWS.
Create your free account or log in
for more features.
View CBS News In
CBS News App Open
Chrome Safari Continue
Be the first to know
Get browser notifications for breaking news, live events, and exclusive reporting.