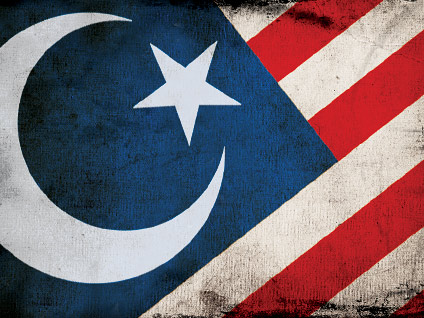 A new poll released by the Pew Research Center last night - combined with the lingering debate over the so-called "ground zero mosque" - is raising questions about just how much tolerance Americans have for Muslims.

The Pew poll showed that nearly one in five Americans believe, incorrectly, that President Obama is a Muslim. The percentage that correctly identifies him as Christian has fallen to just 34 percent, while 43 percent say they don't know what his religion is - an increase of nine points from last year.

The misperceptions might be attributable to simple lack of knowledge were it not for the correlation between those who think Mr. Obama is a Muslim and those who don't like the president. As Pew notes, "Those who say he is a Muslim overwhelmingly disapprove of his job performance, while a majority of those who think he is a Christian approve of the job Obama is doing."

In other words, if you don't like Obama, you think he's Muslim. If you like him, you don't. While there are other factors at play, that would seem to suggest "Muslim" is a term with negative associations for a significant portion of Americans.

In a separate poll released today, meanwhile, Time Magazine asked Americans if Muslims should be allowed to sit on the Supreme Court. Twenty-eight percent said no. Nearly one in three said Muslims should not be permitted to run for president.

And no matter where you stand on the so-called "ground zero mosque" issue, the rhetoric around the issue has been jarring. Newt Gingrich compared effortsto build an Islamic community center two blocks from the former site of the World Trade Center to Nazis trying to put up a sign near Washington's holocaust museum; Sarah Palin called the project an unnecessary provocation that "stabs hearts."

The rhetoric hasn't just come from the right. New York governor David Paterson, Senate Majority Leader Harry Reid and former Democratic presidential candidate Howard Dean have all called for the project to potentially be moved; Dean labeled it "a real affrontto people who lost their lives."

In the upcoming issue of Time magazine - the cover of which asks the question "Is America Islamophobic?" - Billy Graham's son, Franklin Graham, suggests Islam "is a religion of hatred. It's a religion of war." Building the cultural center near Ground Zero, he says, means Muslims "will claim now that the World Trade Center property ... is Islamic land."

It is possible, of course, to oppose the project without being Islamophobic. But disillusioned backers of the effort are having a hard time taking the overwhelming opposition to the project any other way. Sixty-one percent of respondents in the Time poll said they oppose construction of the center; asked if they would be willing to have a similar project built two blocks from their home - which is presumably not hallowed ground - just 55 percent said yes. Nearly half of Americans, according to a new Economist poll, does not believe Muslims should be able to build mosques in the same places other religions build their houses of worship.

The statistics do not all point to American Islamophobia. More than half of those surveyed WHICH survey said most Americans are "patriotic Americans," and violence against Muslims has not increased. Compared to some foreign countries, particularly in Europe, America appears relatively tolerant. (Unlike the Swiss, for example, Americans have not voted to ban minarets.)

But today, as Time puts it, "to be a Muslim in America now is to endure slings and arrows against your faith -- not just in the schoolyard and the office but also outside your place of worship and in the public square, where some of the country's most powerful mainstream religious and political leaders unthinkingly (or worse, deliberately) conflate Islam with terrorism and savagery." Indeed, nearly half of Americans say Islam is more likely than other religions to encourage violence.

There are plenty of Americans who would gladly defend that position - who point to images of celebration by Muslims following the Sept. 11 attacks as evidence both of Islam's propensity toward violence and the legitimacy of treating Muslims differently than members of other religions. Others note that the vast majority of Muslims are peaceful and argue that condemning all Muslims for the actions of their religion's most extreme elements goes against the very nature of a country founded on the basis of religious freedom.

The latter position was essentially that of President Bush, who went out of his way to stress that Osama bin Laden did not represent all Muslims following the September 11th attacks. He suggested while in office that it would be a victory for al Qaeda if Americans turned against Islam. Some are now calling for Mr. Bush to reaffirm that position in light of the recent controversy.

"We respect your faith," Mr. Bush said back then, speaking directly to Muslims. "It's practiced freely by many millions of Americans. And by millions more in countries that America counts as friends. Its teachings are good and peaceful. And those who commit evil in the name of Allah blaspheme the name of Allah."

Asked where he stands on the "ground zero mosque" controversy, a spokesman for Mr. Bush told Hotsheet the president had no comment.