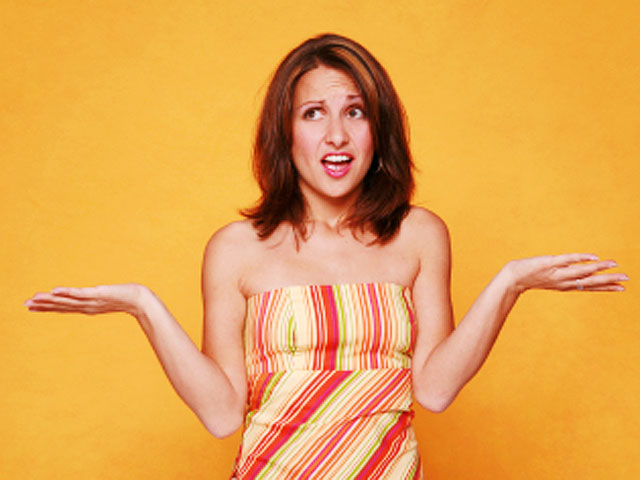 (CBS) Some people swear they've found it, while others swear it doesn't exist. We're not talking about the ancient Lost City of Gold or the Holy Grail, but researchers and everyday folks alike have been arguably just as fascinated with tracking it down.

But a new study that delved through 60 years worth of research has once-and-for all showed that you need not look any further find a woman's G-spot. Because the G-spot doesn't actually exist, the study found.

"Without a doubt, a discreet anatomic entity called the G-spot does not exist," study author Dr. Amichai Kilchevsky, a urology resident at Yale-New Haven Hospital in Connecticut, told MyHealthNewsDaily.

Kilchevsky's study is published in the Jan. 12 issue of the Journal of Sexual Medicine.

For the new study, Kilchevsky and colleagues reviewed 29 studies, which included surveys, vaginal tissue biopsies, nerve studies, ultrasounds - you name it - and did not find any anatomical structure on the vagina's anterior wall where the G-spot supposedly resides - the wall that would face a person's belly.

The researchers couldn't find more nerves in this area or any indication of a physical structure they deemed conclusive. What did the researchers find? The surveys the showed that a majority of women believed in the existence of a G-spot, including those who said they've never located it.

But not so fast - one study in the review raised the possibility of an erogenous zone in women, according to Kilchevsky . A brain scan study of women in an fMRI machine found that the brain showed increased activity from stimulation of the anterior vaginal area in which the G-spot purportedly resides in regions of the brain different from other types of stimulation.

"It should be called the G-zone or G-area," he said. Komisaruk said the review that debunks the G-spot's existence only focuses on one specific spot, when a lot of the literature says this supposed pleasure center is activated when you put pressure on the vagina's anterior wall. That pressure, he said, is actually pushing on other sensitive structures including the urethra, Skene's gland (also known as the "female prostate"), and clitoris - which Komisaruk says is shaped like a wishbone that has deep legs that straddle the vaginal canal.

"It's not just one spot," Komisaruk says. "It's a confluence of a number of different genitally sensitive organs." Komisaruk compares the zone to New York City because of its convergence of different structures.

"New York is only a spot if you're looking at it from outer space," he told HealthPop. "It's a complex area."

Komisaruk says that complexity is highlighted by the fact that some women experience different sensitivities than others when it comes to sex and achieving orgasm, so no individuals are exactly the same.

But for couples who are frustrated on their search for ultimate pleasure, Komisaruk suggests people should just appreciate what they have.

"It shouldn't be called a Holy Grail," he said. "People should just get pleasure where they can. Don't look for some ultimate gratification."