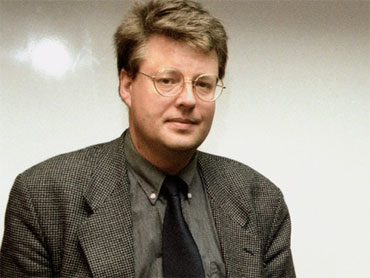 Best-selling Swedish author Stieg Larsson drew on an incident from his teens in writing about the violence perpetrated against his female protagonist, a friend reportedly claims in a soon-to-be-published biography of the author.

ABC News is reporting that Larsson's longtime friend and publishing colleague Kurdo Baksi said the "Millennium Trilogy" is Larsson's attempt to atone for a rape he witnessed and never reported when he was 15 years old.

The incident occurred, Baksi said, in 1969 at a camping site in northern Sweden when Larsson watched three of his friends rape a girl named Lisbeth. Larsson never intervened and did not report the rape, Baksi said.

Larsson reportedly tried to apologize the girl days later, but his apology was not accepted.

Lisbeth is the name of the tattooed and pierced computer hacker who is the heroine of Larsson's three novels - "The Girl With The Dragon Tattoo," "The Girl Who Played With Fire" and " The Girl Who Kicked The Hornet's Nest."

Baksi, whose book is titled "Stieg Larsson: Our Days in Stockholm," told ABC News that guilt over that incident fueled the writer's fiction-writing.

Larsson died in 2004 after suffering a fatal heart attack at the age of 50. All three novels were published after his death.

They have sold more than 30 million copies worldwide and the first two have been made into movies in Sweden. An American film version of "The Girl With Dragon Tattoo" is set for a 2011 release. Daniel Craig has been cast in the lead male role; the role of Lisbeth Salander has not yet been filled.