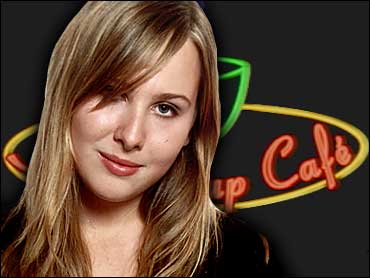 Los Angeles Dodgers pitcher Chan Ho Park found a way to get his teammates fired up without necessarily trying.

And he did so on the basepaths, not the mound.

Whatever the case, it worked.

Park attacked Tim Belcher after he felt the Anaheim pitcher tagged him too hard and cursed him, and the Dodgers responded an inning later with a five-run outburst capped by Devon White's grand slam to beat the Angels 7-4 Saturday.

"I think he earned a lot of respect in this lockerroom," Dodgers second baseman Eric Young said of Park, a 25-year-old Korean right-hander. "We don't go around promoting fights or anything like that, we're trying to get our stuff together. It just happened to be a spark for us today."

Park was ejected after shoving Belcher and then throwing a forearm and a kick at the 37-year-old right-hander.

The altercation unfolded after Park's sacrifice bunt with one out in the fifth and the Angels leading 4-0 thanks to Matt Walbeck's grand slam an inning earlier.

Belcher fielded the bunt near the first base line and tagged Park out. After a brief exchange, Park shoved Belcher with both hands, then forearmed him in the face before following that up with a kick-boxing move that connected before Belcher wrestled him to the ground.

According to Park, Belcher then used an obscenity in telling him to get off the field.

"What can you do? I can't understand why he did that to me," Park said. "He pushed the ball in my chest. It feels like he tried to hurt me. I didn't do anything wrong, I just make a bunt, right?"

Both benches and bullpens emptied, but there were no further incidents, and the game was held up for only about five minutes. Park was ejected.

"Chan Ho felt like he was tagged excessively hard," Johnson said. "It usually takes two to tangle. I wouldn't like it either if an opposing pitcher tagged me hard. Fortunately, nobody got hurt."

"I think the umpires did the right thing. I don't condone that at all."
Belcher retired Young on a fly to center to end the inning, but was unable to get an out in the sixth before being relieved by Mark Petkovsek.

Earlier in the game, Park had knocked down Randy Velarde twice with pitches near his head.

Two years ago, Park was involved in an altercation with Tony Phillips during an Angels-Dodgers game in Anaheim after knocking Phillips down.

Belcher (3-5) entered the sixth with a three-hit shutout. However, singles by Jose Vizcaino and Gary Sheffield and a double by Raul Mondesi produced one run, and Eric Karros then drew the only walk allowed by Belcher before White hit his fifth homer of the season and seventh career grand slam.

Belcher didn't speak with reporters, but issued a statement saying: "I never got into a groove in the sixth inning.

Belcher said he had a spike wound on his left thigh and a bruised left forearm, but wasn't sure exactly when he got those injuries, neither of which appeared serious.

Sheffield hit a two-run homer off Shigetoshi Hasagawa in the seventh, his 12th, to help the Dodgers beat the Angels for the second time in as many days.

Onan Masaoka (1-1) earned his first career victory with one scoreless inning of relief. Jeff Shaw, the fifth Dodgers pitcher, blanked the Angels in the ninth for his 14th save.

Walbeck's grand slam was the fourth allowed by Park this season, tying the major league record. Two were hit by Fernando Tatis of the St. Louis Cardinals in the same inning on April 23.

Park retired 10 of the first 11 batters he faced before Mo Vaughn and Garret Anderson hit one-out singles in the fourth.

After Todd Greene flied to center, Troy Glaus singled to load the bases and set the stage for Walbeck, who hit a 2-0 pitch over the right-center fence for his second career grand slam.