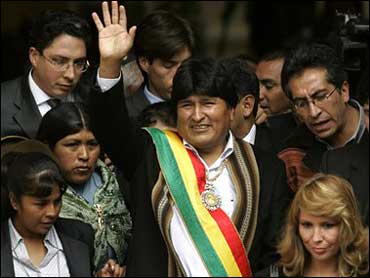 Charles Johnson says he's getting used to his new surroundings, and seeing the ball better.

It's certainly paying off.

Johnson, who has broken out of the worst slump of his career with a vengeance, hit a one-out RBI single in the bottom of the ninth Thursday to give the Los Angeles Dodgers a 3-2 victory over the St. Louis Cardinals.

Johnson went 2-for-4, and has 10 hits in his last 23 at-bats after an 0-for-35 spell that began shortly after he came from the Dodgers in the seven-player blockbuster trade with the Florida Marlins on May 15.

"I'm starting to settle in a lot better," said Johnson, who has lifted his batting average to .209. "I'm just glad I was able to drive in a run to win a ballgame. This was a big win for us, you've got to start somewhere."

The Dodgers have won two in a row since losing four straight. The Cardinals, meanwhile, have lost five of their last six.

Eisenreich then stole second, and came home when Johnson lined a 2-2 pitch to left-center field.

Scott Radinsky (2-2), the third Los Angeles pitcher, pitched out of a two-on, two-out jam in the top of the ninth to earn the victory.

The inning ended when Brian Jordan lined to second baseman Eric Young and Willie McGee was doubled off second base.

Radinsky blew two saves that turned into Los Angeles losses during the recent four-game losing streak. He has a save and a win in his team's last two games.

"The demons have got to nest somewhere else," he said. "I hope it turns around for the team, that's a big old build for us, a big win in the bottom of the ninth."

The Dodgers tied it 2-2 in the eighth off Curtis King on a two-out, run-scoring single by Eric Karros, who drove in five runs in a 7-4 Los Angeles victory a night earlier.

"We feel very good about this win, coming back the way we did," Dodgers manager Bill Russell said. "We got a big hit by Karros and an even bigger hit by Johnson."

The Cardinals played without slugger Mark McGwire, who has been sidelined since suffering lower back spasms in the first inning of Monday night's game in San Diego.

McGwire leads with majors with 27 homers and also has an NL-leading 68 RBIs.

"It helps," Johnson said of McGwire's absence. "You look at a guy like McGwire, any given day he can hit two or three home runs. He's scary. You love to see him play because he does so much for baseball, you don't want o see him beat you."

Said McGwire: "I didn't play, but so be it. We've got four months left."

The Cardinals took a 1-0 lead against Chan Ho Park in the second on singles by Gary Gaetti, John Mabry and Tom Lampkin. Gaetti's sacrifice fly in the fifth made it 2-0.

The Dodgers got their first run in the sixth when Gary Sheffield doubled off John Frascatore and scored on Raul Mondesi's two-out single off King.

St. Louis starter Juan Acevedo was lifted due to stiffness in his pitching elbow after allowing just one hit in three scoreless innings.

Frascatore went the next 2 2-3 innings, and King pitched 2 1-3 innings. Each was charged with one run.

Park was lifted for a pinch hitter after allowing five hits and two runs in seven innings. He walked four and struck out five.