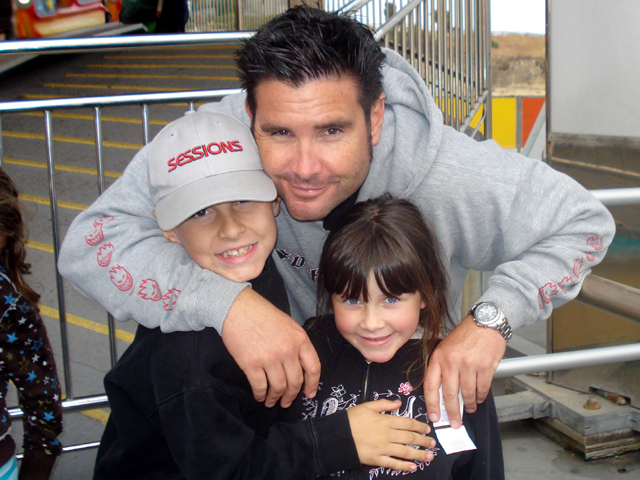 (CBS/KCBS) - Los Angeles Dodgers' owner Frank McCourt's attorney says Bryan Stow is partly to blame for the brutal beating he suffered outside the stadium on opening day in March.

McCourt's attorney, Jerome Jackson, is defending the Dodgers against a lawsuit brought by Stow, which states the team is 100 percent liable for the attack.

"I've been doing these cases for 23 years and I have never seen one yet which it didn't take at least two people to tango," Jackson told ESPN Thursday in Los Angeles.

According to the Los Angeles Times, Jackson's statement came after he had filed a countersuit on behalf of McCourt and the Dodgers against the two men accused of attacking Stow. The suit claims the assailants, not the Dodgers, should be held liable for Stow's beating.

The Stows sued the Dodgers in May, saying that the team did not take appropriate measures to prevent the beating.

According to CBS station KCBS, Jackson said, "One of the things the jury will be asked to do is determine what percentage of fault various individuals have for this event. You're saying to the jury, 'They (the Stow family) are saying we're 100 percent liable, but does that mean Norwood and Sanchez, who beat this guy up have no liability? And does it mean Mr. Stow himself has no liability?"

In August, Sports Illustrated reported that when he was admitted to the hospital after the beating, Stow's blood alcohol level was 0.176.

Jackson stated the case is similar to a suit filed by a woman who was blinded in one eye after a fight in the Dodger Stadium Parking lot in 2005, reports the LA Times. A jury found her attacker 85 percent liable, the victim 15 percent liable, and the Dodgers not liable at all.

If the civil case ends up going to trial, Jackson said he wants jurors to assign percentages of liability. It would be similar to the 2005 case where monetary damages were paid out according to those numbers.

Stow recently left the hospital for rehab after spending months in a coma. His attorneys speculate damages could run as high as $50 million.