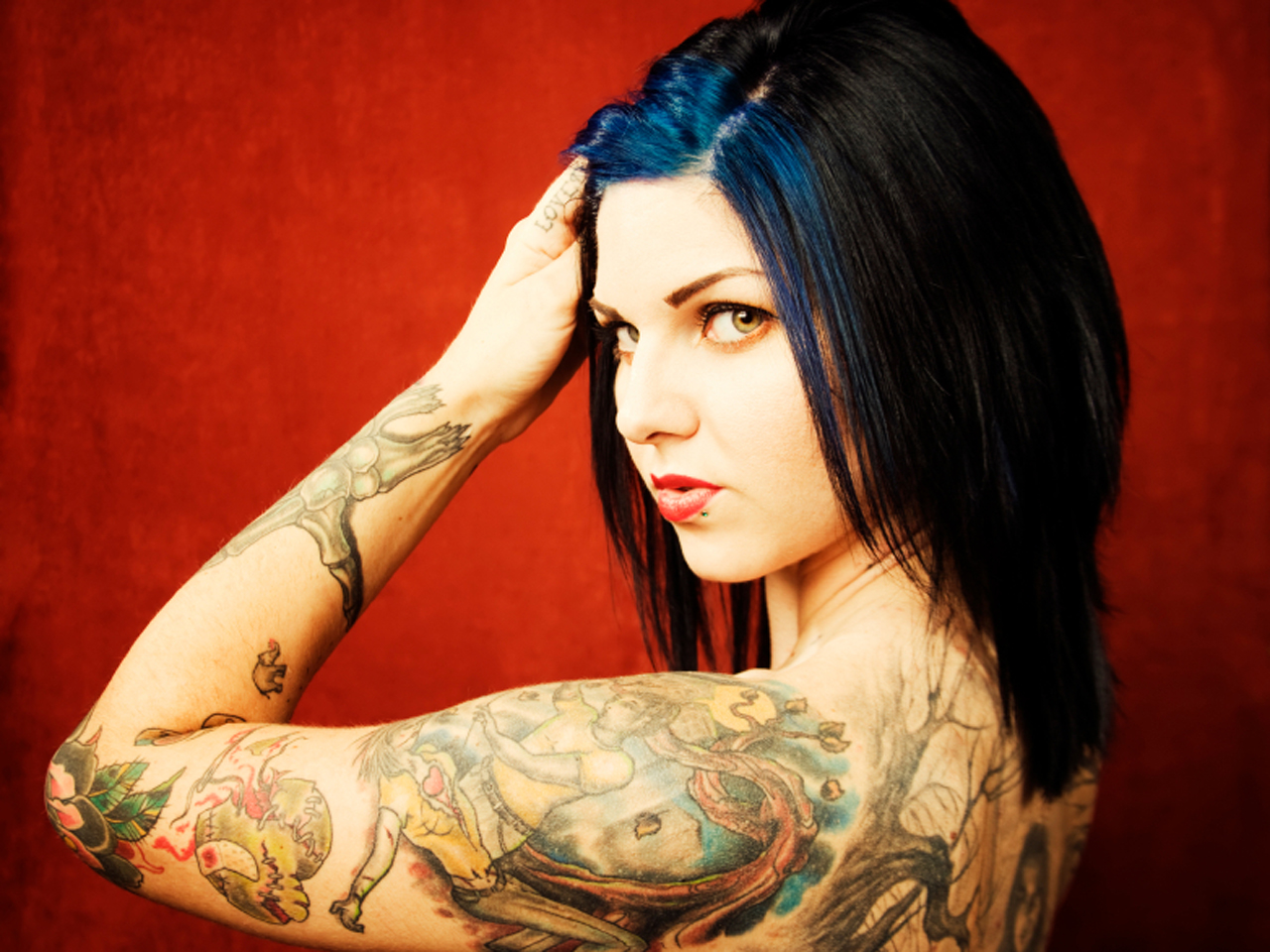 If you're going to get a tattoo, you might want to chose a design that doesn't cover a mole or a birthmark.

A case report in the July 31 issue of JAMA Dermatology shows that there have been at least 16 cases of melanoma -- the deadliest form of skin cancer -- that have developed on a pigmented spot covered by a tattoo.

Melanoma is a type of skin cancer that starts in the cells that make the pigment melanin, called melanocytes. It can begin in any pigmented tissue including moles, birthmarks, eyes and rarely in the intestines. Usually melanoma appears as a brown or black color. However, it has been spotted as a pink, tan or white color as well.

While it is less common than other types of skin cancer, melanoma is often more serious, the American Cancer Society added.

The National Cancer Institute estimates that there will be 76,690 new cases of melanoma and 9,480 people will die from the disease this year. The American Cancer Society added that the rates have been rising for at least 30 years, and it is more than 20 times more common in white people than African Americans.

"Fifty percent of all melanomas develop in pre-existing moles," said Dr. Hooman Khorasani , assistant clinical professor of dermatology at Icahn School of Medicine at Mount Sinai in New York City, told HealthDay. "It is harder to do surveillance on moles that are covered by tattoos, as the tattoo ink camouflages the mole and sometimes interferes with some of the tools we use for detection."

Laser removal may only exacerbate the situation because it could lighten the mole or birthmark and make it harder to see the problem spot.

"Once you start the laser removal, the laser can also remove the pigment that the melanoma cells make called melanocytes," Khorasani, who was not involved in the study, said. "Therefore, any irregular pigment that one would expect to detect will not be detected as easily. This is the reason that some subtypes of melanoma, called amelanotic melanomas, are more dangerous and aggressive."

Khorasani advised that people who are considering laser treatment should have their moles biopsied before undergoing the procedure. If a person has many moles under their tattoos, they should see a board-certified dermatologist twice a year.

It was unclear if tattoos themselves had a role in the development of skin cancer. Dr. Ariel Ostad, a dermatologist based in New York, N.Y. wrote on the Skin Cancer Foundation's website that people who have skin cancer are at a higher risk of developing other skin cancers, but tattoos do not heighten the chance of getting the disease.

"Dermatologists have been evaluating patients with tattoos for decades for any evidence of skin cancer, and they have never found an increased prevalence of the disease in those individuals," he wrote. "The same is true for patients who have already had melanoma or another form of skin cancer; the inks used in tattoos have never been shown to increase their risk of recurrence."