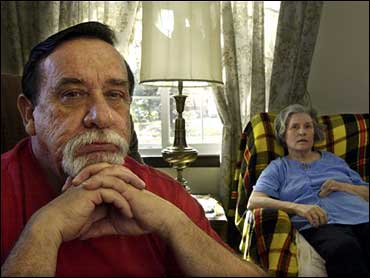 It's a lesson children learn even before their ABCs - say you're sorry when you hurt someone. But it's now being taught in the grown-up world of medicine as a surprisingly powerful way to soothe patients and head off malpractice lawsuits.

Some malpractice-reform advocates say an apology can help doctors avoid getting sued, especially when combined with an upfront settlement offer.

The idea defies a long tradition in which doctors cultivated a Godlike image of infallibility and rarely owned up to their mistakes.

The softer approach, now appearing in some medical school courses and hospital policies, is drawing interest as national attention has turned to reducing both medical errors and the high cost of malpractice insurance, which has been blamed for driving doctors out of business.

Doctors' often-paternalistic relationship with patients is giving way to an understanding that "it's OK to tell the patient the whole story," said Dr. Paul Barach, an anesthesiologist and patient safety researcher at the University of Miami. It is "a huge sea change as far as our relationships with patients."

The hospitals in the University of Michigan Health System have been encouraging doctors since 2002 to apologize for mistakes. The system's annual attorney fees have since dropped from $3 million to $1 million, and malpractice lawsuits and notices of intent to sue have fallen from 262 filed in 2001 to about 130 per year, said Rick Boothman, a former trial attorney who launched the practice there.

Bob Vogt, a retired Cadillac dealership employee from Belleville, said an apology might not have stopped him from suing over the misdiagnosis of a brain aneurysm in 1990 that he contends left his wife severely disabled. But it might have saved his relationship with the doctor, once a close friend, he said.

"If he had come forward and not tried to conceal the thing, I probably would have had a lot better feeling," Vogt said. "You don't want them to be Godlike. They have to be willing to step up to the plate and say, 'I made a mistake."'

Dr. Michael Woods, a Colorado surgeon and author of "Healing Words: The Power of Apology in Medicine," said his own experience a decade ago illustrates the impact of the traditional way doctors have handled mistakes.

Woods was overseeing surgery to remove a patient's appendix. A medical resident accidentally punctured an artery, which led to a more extensive operation. The patient was unhappy with how Woods handled the aftermath; during one visit, Woods propped his feet up on the desk and, in her opinion, acted as if he didn't care.

Woods said he wanted to apologize, but legal advisers recommended breaking off contact with the patient when she threatened to sue.

Now a consultant to doctors and the malpractice insurance industry, Woods said his research has shown that being upset with a doctor's behavior often plays a bigger role than the error itself in patients' decisions to sue.

The say-you're-sorry movement has been prompted in part by emerging evidence about the scope of medical errors. An Institute of Medicine report in 1999 said mistakes kill as many as 98,000 hospitalized Americans each year.

Supporters of the strategy want the Illinois Legislature to adopt a program called "Sorry Works" that recommends apologies and settlements when mistakes occur. Under the proposed pilot program, two Illinois hospitals would be recruited to see if the policy saves money.

The idea for "Sorry Works" came from an honesty policy the Veterans Affairs hospital in Lexington, Ky., adopted in 1987 after two big malpractice cases cost the hospital over $1.5 million.

Dr. Steve Kraman, then the hospital's chief of staff, said he helped create the policy as an alternative to the traditional "shut up and fight" strategy. The center's liability costs subsequently dropped below those of comparable VA hospitals, he said.

"Not only was it the right thing to do, but over the long haul, we were saving money by doing things this way," he said.