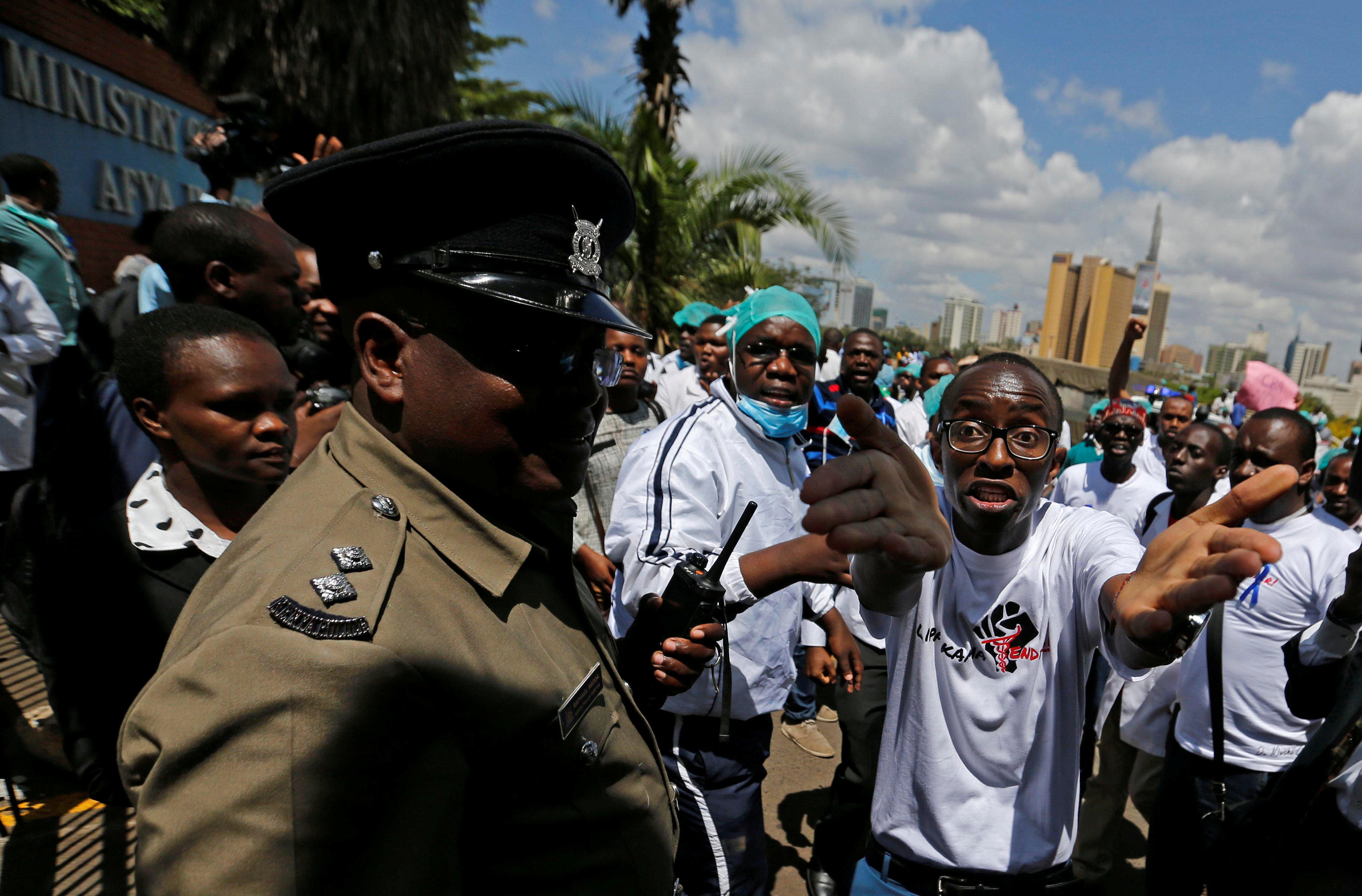 NAIROBI, Kenya - At least 87 patients escaped from Kenya’s only psychiatric hospital after they were left unattended when medical workers at public hospitals went on strike nationwide, officials said Monday.

“They scaled up the walls surrounding the wards and ... they just wandered away,” said Dr. Julius Odago, medical superintendent at Mathari National Teaching and Referral Hospital. Seventeen patients had been brought back to the hospital by Monday evening, he said, “and I am very optimistic they’ll be gotten before long, all of them will be back.”

Meanwhile, police fired tear gas in the capital, Nairobi, to disperse dozens of doctors protesting that they have not received salary increases promised three years ago.

Around 5,000 doctors from public hospitals nationwide did not report to work, said Ouma Olunga, secretary-general of the Kenya Medical Practitioners, Pharmacists and Dentists Union.

Medical workers are demanding better pay and working conditions. Entry-level doctors with six years of training are paid less than police officers who are trained for only six months, Olunga said.

Seth Panyako, secretary-general of the nurses’ union, said his organization wants the government to sign a collective bargaining agreement that would bring equitable salaries for nurses.

Panyako expressed frustration that the government was losing billions of shillings to corruption in the health ministry but it was unwilling to pay staff.