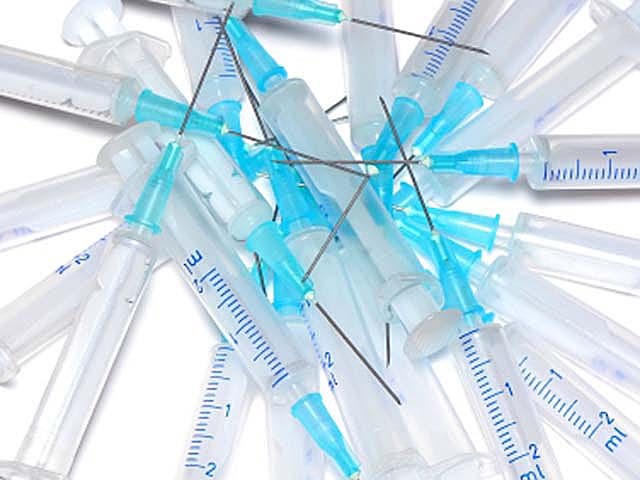 (CBS) Won't get your kid vaccinated? You're fired.

That's the extreme step some pediatricians are taking when it comes to dealing with parents who won't get their children vaccinated over concerns the injections cause autism or other side effects. The Wall Street Journal reports that these doctors are fed up and would rather rid the family from their practice than have unvaccinated children risk infecting other infants or sick children in the waiting room.

Dr. Scott Goldstein, a pediatrician at Northwestern Children's Practice in Chicago, is one such doctor. He told CBS This Morning, "If you don't believe in the fundamental thing we believe in, then you need to go somewhere else."

And he's not alone. A survey by the American Journal of Preventive Medicine found 25 percent of pediatricians have fired patients for refusing vaccines, according to CBS This Morning.

"Most people my age have never seen a case of polio or measles but when we ask our parents or grandparents they remember it very well," Goldstein said. "This is the best way to protect our kids."

But don't doctors take an oath to help all patients? The American Academy of Pediatrics guidelines even state, "Pediatricians should avoid discharging patients from their practices solely because a parent refuses to immunize his or her child. However... the pediatrician may encourage the family to find another physician or practice."

Dr. Arthur Caplan, professor of medical ethics at the University of Pennsylvania, told HealthPop that fundamentally, this issue isn't exactly new. Doctors have always had problems getting patients to listen, whether it's getting them to take a medication or lose weight, and he doesn't' see the vaccine debate as any different. But he said since this issue involves children - often infants - then it should be an opportunity for doctors to try even harder to convince parents, rather than turning them away.

"Doctors do have a duty to try and work to improve patient behavior," Caplan said. "But there's a lot of bad behavior out there, you can't walk away every time someone does something you don't want." He said turning away an unvaccinated child could be especially troublesome if the child lives in a town with only one pediatrician.

What about the risks for other children?

Dr. Yoram Unguru, a pediatric hematologist and oncologist at the Herman and Walter Samuelson Children's Hospital at Sinai in Baltimore, who also happens to be bioethicist at Johns Hopkins University, knows first-hand the risks of an unvaccinated child going into a doctors office. He treats children with cancer who have compromised immune systems, so if a kid comes in with chicken pox because they've never been vaccinated, that could kill another child. What does he think about doctors firing patients?

"My gut reaction is this puts me off," Unguru told HealthPop. "I would argue by dismissing this parent and child, ultimately you're placing this child at risk of harm." He said these children who are getting vaccinated can be as young as two months old, so by sending them away, they may never follow-up with a pediatrician for future appointments.

His suggestion? Doctors need to build a relationship with the parents early to establish trust over time, Unguru said - hear the parents out, appreciate their views, and continue the running dialogue over vaccines. Unguru even suggests that the vaccine discussion start before the baby is born during prenatal visits. Then once the child is born, keep building this relationship and having the vaccine talk,  and if necessary, try negotiating with parents in an effort to convince them.

"We need to be flexible," Unguru told HealthPop. He said pediatricians can negotiate their child's vaccine schedule, which sometimes require multiple vaccines at once.

Dr. Alanna Levine, a pediatrician and spokeswoman for the American Academy of Pediatrics  told CBS This Morning that she negotiates with some concerned parents  by telling them she'll give their child only one vaccine a month, to make parents more comfortable.

"I want to take the time to listen, hear what their concerns are and really explain the science behind it, she said." "Relationship between parents and a pediatrician is a collaboration. You really need to see eye to eye on a lot of fundamental issues."

Caplan told HealthPop there is a distinction between what he calls "vaccine-haters" and "vaccine-hesitators." He said it might be tough to convince a hater, and they might not even be the type to bring their child to the office. But many of these parents are hesitators and just want to protect their child, so Caplan sees this as an opportunity to "double down" and try even harder to build a relationship with the parents and alleviate their fears.

Said Caplan, "If they made it across the doorstep, there's a chance."