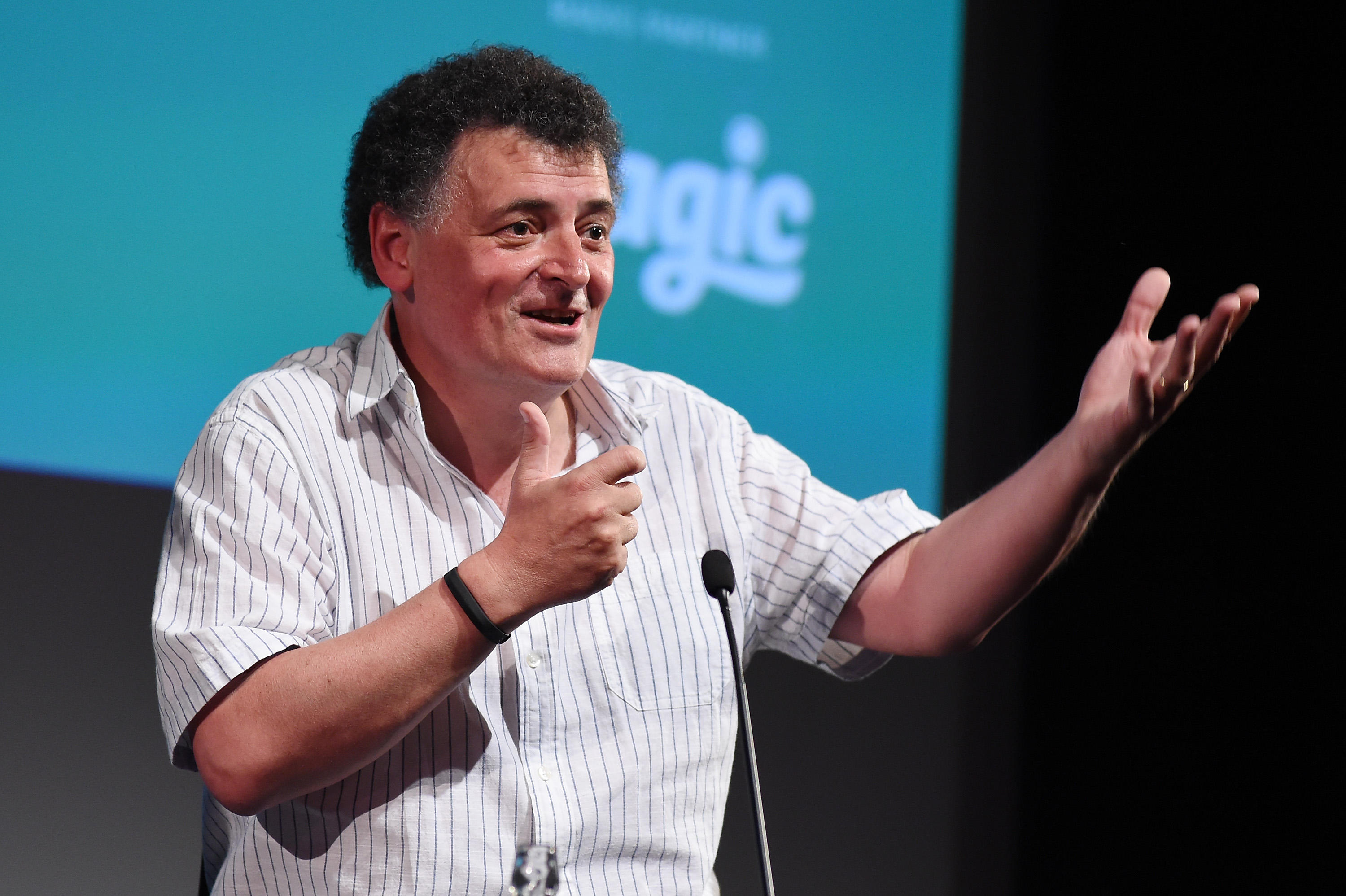 "Doctor Who" showrunner Steven Moffat has something to say to the journalists writing about the backlash against female lead Jodie Whittaker: "Shut the hell up."

Moffat said he's sick of reading about the controversy of casting a woman as the newest Doctor Who.

"There has been no backlash at all," he said Sunday at Comic-Con, per Variety. "The story of the moment is that the notionally conservative 'Doctor Who' fandom has utterly embraced that change completely — 80 percent approval on social media, not that I check these things obsessively. And yet so many people wanted to pretend there's a problem. There isn't."

Whittaker will take on the role next season following Peter Capaldi. She will be the 13th Doctor Who, and the first actress to play the character.

Moffat added that fans "are more excited by the fact that there's going to be a brilliant actress playing the part than the fact that she's a woman. It's been incredibly progressive and enlightened and that's what really happened. I wish every single journalist who is writing the alternative would shut the hell up."

There is at least one person, though, who wishes Doctor Who were still played by a man.

Peter Davison, who played Doctor Who in the 1980s, told the Press Association, "If I feel any doubts, it's the loss of a role model for boys, who I think Doctor Who is vitally important for. So I feel a bit sad about that, but I understand the argument that you need to open it up ... As a viewer, I kind of like the idea of the Doctor as a boy but then maybe I'm an old fashioned dinosaur – who knows?"

But another Doctor Who, Colin Baker, hit back and said, "They've had 50 years of having a role model. So, sorry Peter, you're talking rubbish there – absolute rubbish. You don't have to be of a gender of someone to be a role model. Can't you be a role model as people?"

Next season, Chris Chibnall will take over showrunner duties.