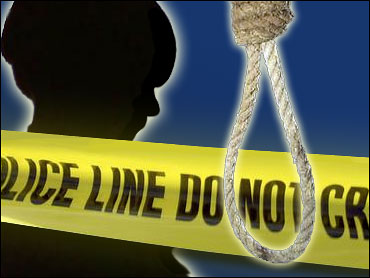 A surprising diversion is turning out to be deadly for some teens. It's called "the choking game," in which adolescents literally choke each other to get a brief high.

On "The Early Show," CBS News medical correspondent Dr. Jennifer Ashton explained that, in a new study by the American Academy of Pediatrics, a-third of the 163 physicians and family practitioners surveyed had never heard of "the choking game."

And some parents have learned about it too late -- parents such as Brian and Malani O'Connor, who first heard of the choking game from a nurse in the emergency room the night their 12-year-old son, Evan, died nearly three years ago.

Malani said the nurse asked her, "'Could he have been playing the game?' And I said, 'What-- what game?' And she said, 'The game, the choking game.'"

Evan was found in his Stamford, Conn., home choked to death. Ruled a suicide by the state medical examiner, Evan's parents strongly believe his death was an accident.

Brian said, "He did not mean to hurt himself."

"The choking game" is often mistaken for suicide, Ashton said. The victim attempts to gain a "high" or euphoric feeling by temporarily depriving the brain of oxygen. The Center for Disease Control and Prevention reports 82 probable choking game - related deaths from 1995 to 2007. However, advocacy groups report more than 100 deaths per year between 2005 and 2007.

So what should parents do?

Malani O'Connor said you should talk to your children.

She said, "Learn from our horrible tragedy that the there are kids out there doing it that you couldn't even imagine would."

Ashton added on the broadcast that parents should be on the lookout for any signs of "the choking game," such as ropes, plastic bags or ties. In addition, some physical signs on your child could include bloodshot eyes, complaints of headaches and marks around your child's neck.

Also, referring to the American Academy of Pediatrics study's findings, Ashton said, "Doctors who were aware of this game still weren't talking to their patients about it. And we should be clear the American Academy of Pediatrics is not suggesting that this be incorporated into the visit, but if it happens to one child -- that's one too many, so both doctors and parents need to know about it."

She added, "With teenagers, their job is to test limits and to it take risks. This is not something we want them taking a risk with."