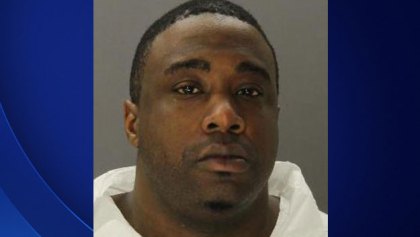 DALLAS -- The man accused in the murder of Dallas teen Zoe Hastings was acquitted in January of charges he sexually assaulted his girlfriend's daughter, court records show.

Police announced Saturday that Antonio Lamar Cochran, 34, has been charged with capital murder in the death of the 18-year-old Hastings, who was found murdered in a car that had crashed off an embankment Oct. 12.

Dallas police say Hastings was on her way to a church service Oct. 11 when a witness saw an unknown male abduct the teen, forcing her into the passenger side of her car against her will, while he got in the driver's side and drove away. Hastings was found dead the next day in her crashed car. Police said she was a victim of "homicidal violence."

Cochran was arrested Saturday after police said his DNA was found at the scene. Police have said Cochran did not know Hastings prior to the murder, and they have not said how she was killed.

Court records in Bowie County, northeast of Dallas, show a jury found Cochran not guilty of sexual assault Jan. 19. Cochran had been indicted on the charge in May 2014, following the alleged February 2014 incident, in which a woman who said she was the daughter of Cochran's girlfriend daughter claimed Cochran sexually assaulted her, according to police.

According to a probable cause affidavit from the arrest, officers pulled over a car in which Cochran was driving in Bowie County with the woman after a witness reported seeing a suspicious vehicle. Police say the woman appeared nervous and was shaking, and asked to speak with the officer in private.

The woman told the officer that Cochran had been driving her to an apartment complex when he pulled over into the woods. She claimed that Cochran put a rag over her mouth and said if she didn't have sex with him he would kill her, according to the documents. He then sexually assaulted her, police alleged at the time.

During the trial, Cochran's lawyer questioned the alleged victim's story, the website reported.

"The independent witnesses and facts of the case simply did not convince the jury that the alleged victim was telling the truth," Chief Public Defender Rick Shumaker told the website in January.

According to online court records, Cochran has an extensive criminal history in Texas with charges dating back to 1998, including criminal trespass, burglary and assault on a family member.

In the Hastings case, Maj. Max Geron of the Dallas Police Department said Saturday that Cochran is a "sexual predator that's been taken off the streets," though Cochran hasn't been charged with a sex crime against Hastings.

"This family, as you can imagine, is grieving," Shonn Brown, a spokeswoman for the Hastings family, said, "but is also happy about the way this community came together because it is representative of the way that Zoe lived her life -- a life that she lived for others, recognizing a power that was greater than herself."

Cochran is being held in the Dallas County Jail on $2.5 million bond.