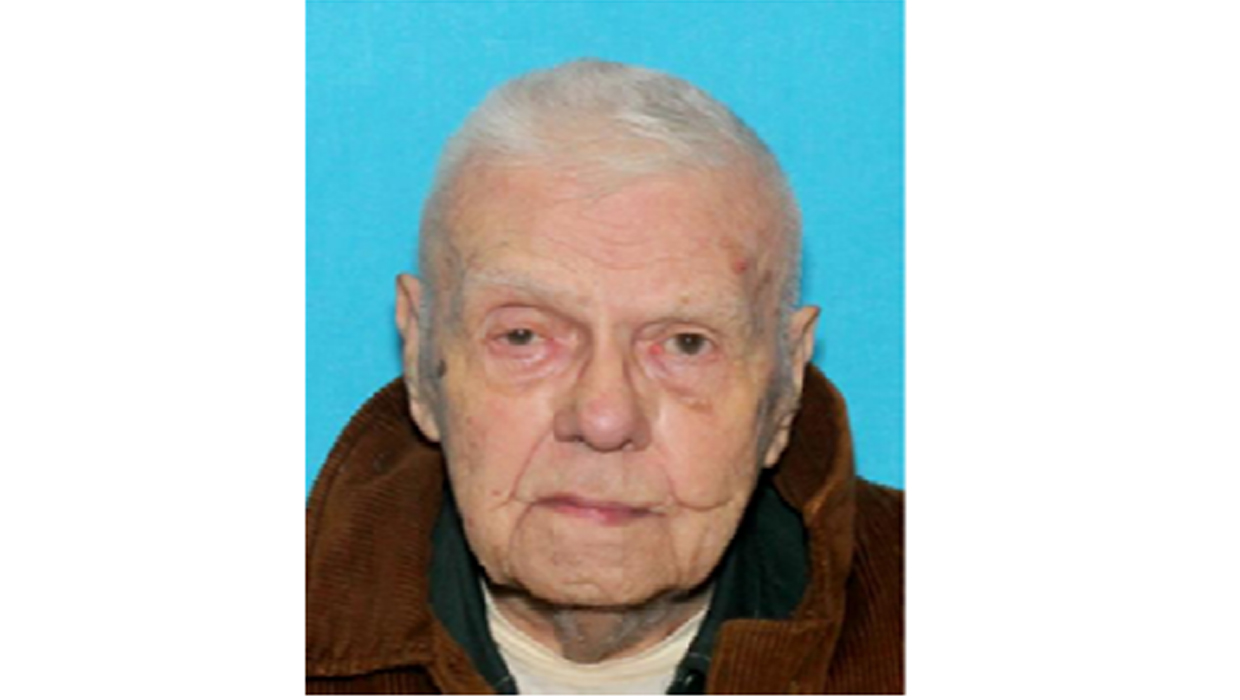 SILVERDALE, Wash. -- An elderly Washington state millionaire who was found dead in a plastic barrel about 30 miles from his suburban Seattle home in December was beaten, bound and robbed, according to recently-released charging documents.

Robert Archie Hood, 89, was reportedly last seen by his caretaker at his home in the Seattle suburb of Silverdale on Dec. 16. Investigators believe he was killed around Dec. 17 and that his body was disposed of in an attempt to cover up the robbery. Robert Pry, 29, and Joshua Owen Rodgers-Jones, 26, have been charged with first-degree murder and robbery, and several others have been charged in connection to the case.

Hood's body was found in the barrel Dec. 30 after investigators followed up on leads. His arms were bound behind his back at the wrists and drawn to his legs in a "hog tied" position, according to a probable cause statement for Pry. The body had severe injuries and trauma to the head and neck area suffered prior to death, an autopsy found.

According to a probable cause statement for Pry, Alisha Small, an informant who had been working with the Kitsap County Sheriff's Office, called a deputy in tears Dec. 19 and told him that she overheard a group of people talking about a robbery of an elderly male they called "Bob Barker." Authorities say the group included two women, Pry, and another man charged with rendering criminal assistance in the case, Robert Davis.

Small said she heard the group talking about tying up, beating and robbing the elderly man. She said she heard one woman say, "It was a mistake. Things just got out of hand and escalated." She said Davis replied that was happened was "dirty' and needed to be cleaned up. She said the men mentioned needing to get rid of a body and that they needed to "get rid of the car," the documents say.

Small said the victim's name wasn't really "Bob Barker," and she thought the fake last name may be a reference to the road where he lived. The deputy found a "Barker Creek Road" a short walking distance away from Davis' home, the documents say, and found that Hood's address was on that road.

He responded to the home and later learned that Hood had been reported missing by his caretaker. Hood's check books, financial documents and his wallet were missing, and a hat the caretaker said he never left home without was found lying on the living room floor. Mail was strewn around the floor as if it had been knocked over in struggle, and several rifles and $2,000 in cash were missing from Hood's bedroom, the documents say. He had a voicemail on his phone with a fraud alert notifying him someone had attempted to access one of his bank accounts, where he had well over $1 million.

Small told investigators that on Dec. 22, Davis asked her to help him access a bank account that had a large amount of cash. She said Pry loaded a duffel bag into Davis' car that contained collector coins, financial documents belonging to Hood, checks belonging to Hood and $2,000 in cash, according to the probable cause statement. She said she rode in the car with Davis, Pry, and another woman, Ocean Wilson, to the Emerald Queen Casino in Fife where Pry asked her to cash a check belonging to Hood, but Small said it was declined so she threw it in the trash. She said Pry used her cell phone to call Bank of America in an attempt to access Hood's account.

Detectives say they arrested Pry and Wilson at a home the same day, after a citizen called in with a tip. Wilson told investigators Pry and another man, Joshua Rodgers-Jones, told her that they went to Hood's home on Dec. 17, punched him in the face to knock him out, tied him up, and burglarized the home, the court documents say.

Wilson said the men told her Hood was still breathing when they left him.

Pry denied involvement in the robbery, but investigators say he admitted to attempting to access Hood's bank account.

The second man accused in the murder, Rodgers-Jones, was arrested Dec. 24. He allegedly admitted going to the home with Pry, but told investigators a different story: that he threw Hood to the floor and Hood hit his head. Rodgers-Jones said that Hood didn't appear to be breathing, the documents say, and that he and Pry dragged the elderly man to the bathroom and tied him up. He said he and Pry loaded Hood's body into a car and dumped it in Jefferson County, but later moved it.

During a second search of Hood's home Dec. 29, investigators found what appeared to be recent blood stains on the tile of the bathroom floor, according to the documents.

Police allege the 19-year-old Ocean Wilson, Rogers Jones' girlfriend, Miranda Bond, 25, and Small helped Pry and Rogers Jones dispose of a car used in the crime and tried to cash forged checks stolen from Hood, according to the paper.

Wilson and Jones were charged with rendering criminal assistance. Small was arrested on charges of forgery and possession of stolen property. However, the Kitsap County Prosecuting Attorney's Office declined to file criminal charges on forgery, and reduced the possession of stolen property charge from second degree - a felony -- to third degree, a gross misdemeanor, according to the sheriff's office.

Cruz allegedly helped clean up the trunk of a car used to dispose of the body, reports the Seattle Times. When investigators searched his home, they say they found what appeared to be a freshly dug grave partially covered by a tarp. A cadaver dog reportedly alerted on the tarp, indicating human remains had been in the area, according to the Seattle Times.

Pry and Rogers Jones are both being held on $1 million bail.

Hood's caretaker Candy Gratton told the paper she was close friends with the elderly Hood, a former engineer who never married and had no children.

"He was probably the most intelligent person I've been around," Gratton told the paper. "He never caused anybody any harm. He was just a wonderful, gentle man."