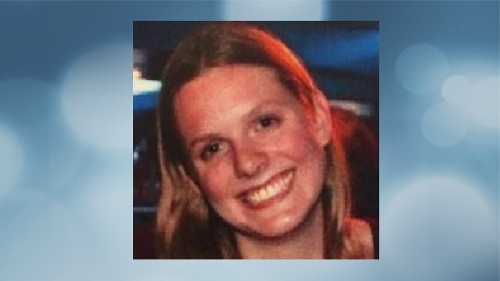 MADISON, Wis. -- A 26-year-old Madison man who allegedly killed his former girlfriend outside her workplace said it was easy to kill her and the woman "ruined his life," according to a criminal complaint.

Christopher O'Kroley was charged Friday with first-degree intentional homicide in the Feb. 2 death of Caroline Nosal, who he used to work with at a Madison Metro Market grocery store. Police allege in the disturbing complaint that O'Kroley said he began planning to kill Nosal, 24, after he said he was fired because she said he had been harassing her on the job.

O'Kroley allegedly told police he had waited for Nosal in the store's parking lot with a gun a day before her death, intending to kill her, "but then realized he had never fired the gun and left to go practice."

Police found Nosal fatally shot in the head and chest in the store's parking lot around 8 p.m. Feb 2. A witness told police she heard gunshots and then saw a man standing over the victim with a gun in his right hand. The witness said the man pointed the gun down towards the victim, and then she heard another "pop." Afterwards, she said, the man walked away, still carrying the gun.

A co-worker at the Metro Market told police that she had received a text that day from "Chris" that read, "I killed Caroline and I'm about to kill myself. So don't be surprised when I don't respond anymore. I really hope your life is good."

The co-worker told police that "Chris" and Nosal had been in "somewhat of a relationship," but that Chris wanted more. She said Chris became upset because Nosal was leaving him, according to the complaint. The co-worker told police Chris had been fired from the Metro Market, blamed Nosal and "thought it was her fault that he had been fired because the victim had filed a harassment report against him."

On the evening of the murder, the co-worker said, "Chris" texted her asking whether it was "safe" to come to work. She said she believed he was asking whether his ex-girlfriend was working, because he wanted to return to the store to retrieve his belongings and didn't want to see her.

O'Kroley was arrested the next day after a Madison police officer identified him walking on the street and pulled up next to him in her cruiser, the complaint says. The officer approached him and ordered him to put his hands in the air. Police say he refused, leaving his hands in his pocket, before pulling out a gun, opening fire on the officer and fleeing.

The officer gave chase and took O'Kroley into custody in a Marshall's parking lot, the complaint says.

Police say O'Kroley later agreed to be interviewed by detectives after waiving his Miranda rights. He allegedly described himself as a "sociopath" and said that on Feb. 1, he "already had a plan" that if he was fired, he was going to "kill her and then kill myself."

O'Kroley said he bought a gun and began texting Nosal's co-workers, trying to figure out her schedule using the guise of not wanting to see her when he cleaned out his locker, the complaint says. He said he went to the Metro Market Feb. 1 before leaving to "practice" using the gun. When he returned, he told police Nosal had already left, so he went home, ordered pizza and watched movies.

When O'Kroley learned via text on Feb. 2 that Nosal got off work at 8 p.m., he said he waited till she got off, went to her car in the parking lot and crouched next to it with his gun in his hand. He said when he saw Nosal turning the corner, he stood up and "pointed it at her and shot her twice in the chest."

O'Kroley said the woman fell to the ground, according to the complaint, and he then shot her once more in the head.

He later told a detective that it was easy to kill the woman, and that he killed her out of anger because she had "ruined my life," the complaint alleges. He said he realized he couldn't kill himself after the murder, and instead had planned to get away and "hijack someone's car at gunpoint."