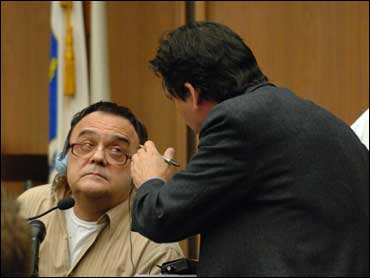 A Brazilian doctor charged with manslaughter in an immigrant's liposuction death tried to plead guilty Wednesday, but the judge instead set the case for trial after the doctor contradicted prosecutors.

Prosecutors were giving a standard recitation of the facts they could have proved at trial when Ribeiro, 51, told the judge he didn't agree with many of them, insisting he had a sterile surgical area and the proper resuscitation equipment when he performed the fat-removal surgery on Fabiola DePaula in the basement of a suburban condominium in July 2006.

DePaula, a 24-year-old Brazilian immigrant, died of complications from the surgery, including pulmonary fat emboli, or fat particles in the lungs.

Ribeiro insisted there was nothing that could have saved the woman.

"If I had 100 years, I would swear that I didn't kill anybody because I would never kill," Ribeiro told the judge. "Fabiola's death was sudden. I had no chance to do anything."

The procedures were performed on a massage table, under unsanitary conditions and without any emergency oxygen in place, authorities allege. Prosecutors maintain that if the procedure had been monitored in a hospital, DePaula's death could have been prevented.

In September, Ribeiro's ex-wife, Ana Maria Miranda Ribeiro, was sentenced to one year in prison when she pleaded guilty to manslaughter and admitted acting as a nurse for her husband.

Luiz Ribeiro was a licensed doctor in his native Brazil, but neither he nor his ex-wife was licensed to practice medicine in the United States, authorities said.

His lawyer, Jean Earley, said after the hearing she was stunned the plea was not accepted. She was going to ask for a 2- to 2½-year prison term. Prosecutors had planned to seek 6 to 8 years. He's already served about 18 months since his arrest.

"He's horrified as any doctor would be about the death of somebody. But he is a good doctor, has practiced medicine for many years in Brazil," she said.