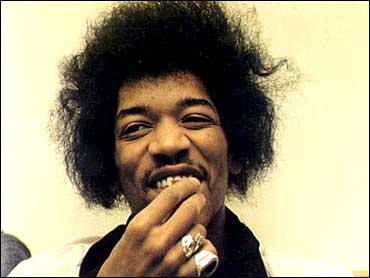 Some bands that played Monterey Pop 40 years ago will return in July to the site of the first great rock festival, but the original promoter and others say the spirit of the Summer of Love is a long time gone.

The event at the County Fairgrounds in Monterey, Calif., south of San Francisco, on June 16-18, 1967, helped boost the careers of Jimi Hendrix, Janis Joplin, The Who and others and showcased 1960s counterculture to the world.

This year promoter Andrew Hernandez, who was 11 in 1967, is organizing a "Monterey Summer of Love Festival" on July 28 and 29. It will include some of the original acts such as Jefferson Starship, Quicksilver Messenger Service, Big Brother and the Holding Company and tribute bands filling in for Hendrix and others.

"I wasn't old enough to be a hippie — and by the time I was, disco had kicked in and it was a big letdown," Hernandez said. This year "it's going to be magical because that arena in Monterey was the same as it was 40 years ago."

But his reunion plan has ruffled some feathers.

"If he pulls it off and there is any resemblance to the International Pop Festival that we did, I think it's bad," said Lou Adler, who co-produced the original 1967 festival. "I don't think it will come close to what the Monterey Pop Festival was."

"He's doing it because he is wanting to make money."

Sam Andrew, guitarist for Big Brother and the Holding Company, which played Monterey in 1967 with Joplin, is slated to play the reunion concert. He said even in the fabled "Summer of Love" planning was not conflict-free.

"These bands from San Francisco all felt that they were going to be taken advantage of — and they were," he said in an interview. "They all thought these really slick guys from Los Angeles, Lou Adler and Alan Pariser, there was this definite hustler vibe."

"LA came up to San Francisco and said ... 'hey, we'll show them how. We're going to hire them for nothing and have them come down to Monterey."'

The now legendary bands did play for free — with the exception of sitarist Ravi Shankar, who received $3,000 — because the promoters made the event a fund-raiser.

Michelle Phillips, who closed the 1967 festival with The Mamas & The Papas, a band well known at the time for hits such as "California Dreamin"' and "Monday, Monday," defended the original producers and won't be taking part in the revival.

Suspicion about exploitation prompted a number of bands to refuse to be in the movie about the concert. Joplin and Big Brother realized that was a mistake after playing earlier in the festival, so they added a second performance for the film that helped rocket their reputation.

"We were known in San Francisco only — barely known in Los Angeles," Andrew said in an interview.
2
The band that opened the show, Moby Grape, declined to be in the movie and never achieved the fame of some of those seen on the big screen. Band guitarist Peter Lewis said he would not participate in the July concert, even if his bandmates do.

"The specter of it after being at the original Monterey Pop thing was kind of weighty," he said, saying he was put off by the idea of it being "whoever was left alive while the spirits of our dead comrades would be hovering over the stage like a black cloud."

"When you're 21 and you're good looking, that's where rock and roll is at," said Lewis, 61. "If you are out there bouncing around with the excess weight, it doesn't look the same as when you were 21."

The passage of time is on the minds of others, too.

"It's kind of bittersweet. You know we're all like 65 now. It's all these people that say, 'Oh, you're still alive,"' said Andrew, who will be playing with a younger stand-in for the long-dead Janis Joplin.

He said the reunion concert is mostly about money.

"Probably the crass commercial part is maybe 80 percent," he said. "But we all need a job, so we are glad to go and play the gig. But when we get there, that 20 percent is genuine feeling about seeing everybody and this is great."