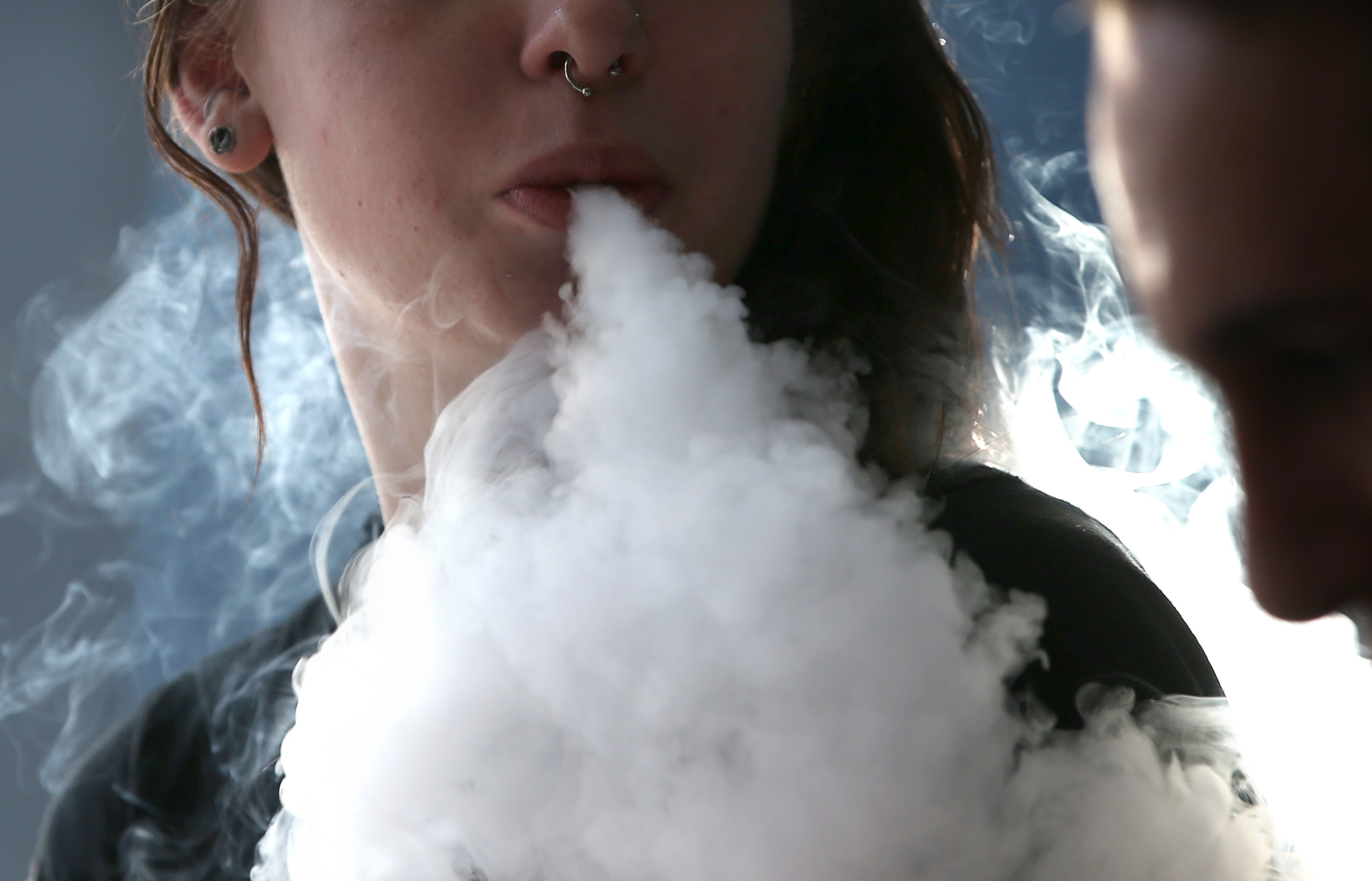 To advocates of electronic cigarettes, the burgeoning industry is the antidote to Big Tobacco. But public health officials and lawmakers believe that the sale of e-cigarettes could encourage a new generation of smokers.

Makers of e-cigarettes -- which often contain nicotine -- claim vaping is safer than smoking, and that the practice helps smokers quit. New research and warnings, however, paint a different picture.

A study in the New England Journal of Medicine last week found that running an e-cig device at high voltage releases formaldehyde, a carcinogen found in conventional cigarettes. The authors deduced that a heavy user of vaporizers at high voltage was five to 15 times more likely to get cancer than a longtime cigarette smoker.

Users argue that most people never vape at high voltage because it creates a terrible taste.

A health advisory issued Wednesday by the California Department of Public Health, warned, "E-cigarettes contain nicotine and other harmful chemicals, and the nicotine in them is as addictive as the nicotine in cigarettes."

The warning comes after a bill was introduced Monday to regulate e-cigs by adding them to the list of tobacco products controlled by the state and banning their use in public places.

"E-cigarette companies are using shameful tactics, such as Joe Camel-like cartoons in advertisements and creating e-cigarette flavors like bubblegum and cotton candy, to addict our children early -- and guarantee another generation of smokers," said Esty.

Forty states have laws banning the sale of e-cigs to minors, according to the Centers for Disease Control and Prevention, leaving 16 million children under 18 able to legally buy vaping products in 10 states and the District of Columbia.

"Approximately 48 percent of 8th graders who reported using an e-cigarette in the past 30 days have never used conventional cigarettes," said Dr. Richard Miech, senior investigator for the survey. "For the first time in a national study, e-cigarette use has actually surpassed regular cigarette use."

Cigarette smoking among young people is at a historic low. Rates have declined steady from 29 percent in 1997 to 8 percent today, according to the Michigan study. The American Vaping Association contends that this is evidence that vaping is not a gateway to smoking, underscoring that "increased e-cigarette experimentation is happening at the same time that smoking rates are plummeting among youth."

The association has criticized any and all future bans, saying they "could do great harm to public health by inappropriately prohibiting advertising products that help smokers quit."

Miech took strong issue with the argument that vaping is a useful tool for quitting, at least with respect to children: "It's difficult to say that e-cigarettes are helping kids stop smoking if they have never smoked before."

The Food and Drug Administration has yet to concede that e-cigs are effective to help smokers quit, but the administration has proposed extending its authority to cover e-cigs, cigars, pipe tobacco and other tobacco products that would mandate age restrictions and rigorous scientific review.