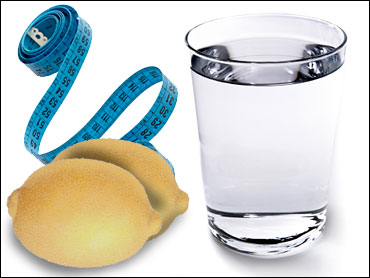 Many people are always looking for a quick way to lose weight and feel better.

"Detox" (short for detoxification) or "cleanse" diets promise to eliminate toxins from the body and jumpstart weight loss, and they're going more and more mainstream.

But nutritionists and others are expressing reservations about them, while acknowledging they do have their good points.

What exactly is a detox or cleansing diet? Their advocates say our bodies are constantly overloaded with toxins from pollution, cigarette smoke, alcohol, caffeine, and processed foods. The thinking is that, as these toxins build in our bodies, they can be responsible for a number of health problems, such as weight gain, energy loss, and dull skin. You then rid your body of toxins by following a special diet that significantly restricts and reduces food intake.

There's not just one detox diet, there are many different types, from juice fasts to raw food diets to plans that only include fruits or don't allow chewing.

If you assume cleansing diets are just a New York-L.A. trend, you'd be wrong. The Los Angeles Times says "Master Cleanse" was the most-searched recipe on Google in 2007. Also last year, sales of herbal cleansing products tripled to nearly $28 million worldwide, according to Spins, an Illinois market research company that specializes in the natural products industry.

Glassman has some issues with detox diets. Among them: