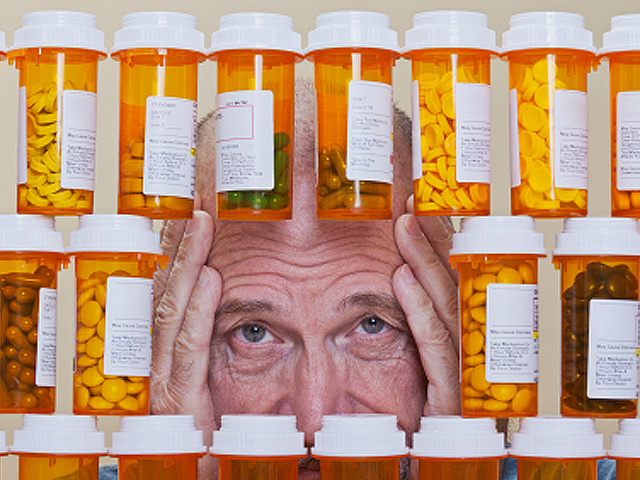 (CBS) What causes depression? Scientists have identified all sorts of things, from emotional stress and substance abuse to having the wrong genes. And now a provocative new study suggests a cause of depression that few may have suspected:

The study, published in the journal Frontiers of Psychology, showed that depressed people who use antidepressants are far more likely to suffer a relapse of major depression than those who avoid antidepressants.

In other words, the pill poppers are almost twice as susceptible to future bouts of depression - a problem that an estimated 40 percent of all people experience at some point in their lives.

Why would drugs doctors prescribe to alleviate depression cause it to recur? Dr. Andrews told CBS News that antidepressants of all types interfere with the brain's regulation of two neurotransmitters, serotonin and norepinephrine. And once an individual stops taking antidepressants, the brain "overcorrects," triggering new depression.

"These drugs do reduce symptoms, probably to some degree, in the short-term," he said in a written statement. "The trick is what happens in the long term. Our results suggest that when you try to go off the drugs, depression will bounce back. This can leave people stuck in a cycle where they need to keep taking antidepressants to prevent a return of symptoms."

What's the take-away message of the study for people experiencing depression?

"I am not a clinician," he said. "But if it were me, I would certainly avoid antidepressant medication if at all possible. Talking therapies work just as well if not better than antidepressants, and they don't have this increased risk for relapse."

The National Institute of Mental Health has more on depression.