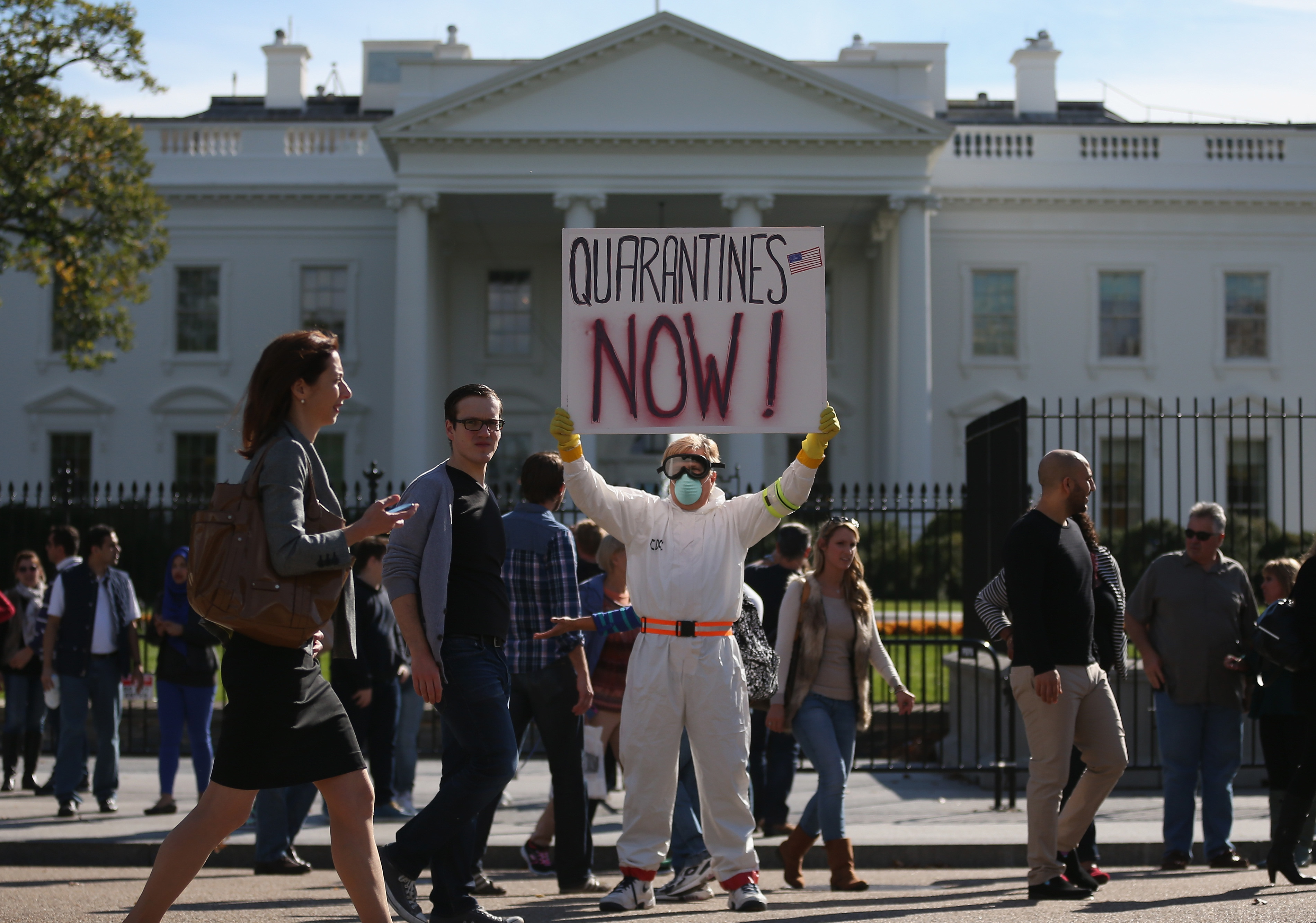 A new CBS News poll finds that Americans overwhelmingly support quarantine for travelers arriving from West Africa. Eighty percent think U.S. citizens and legal residents returning from West Africa should be quarantined upon their arrival in the U.S. until it is certain they don't have Ebola. Just 17 percent think they should be allowed to enter as long as they do not show symptoms of Ebola.

Polling began on the evening of Oct. 23, the night Dr. Craig Spencer became the first U.S. citizen to be diagnosed with Ebola inside the United States after contracting the disease in West Africa.

Americans are even more stringent when it comes to foreign visitors from West Africa. Just 14 percent think foreign visitors should be allowed to enter the U.S. as long as they show no symptoms of Ebola. Most--56 percent--think they should be quarantined upon arrival, while just over a quarter (27 percent) don't think they should be allowed to enter the U.S. at all until the Ebola epidemic in West Africa is over.

Sixty-one percent of Americans are at least somewhat concerned that there will be a large outbreak of Ebola inside the United States within the next twelve months. Still, the percentage of Americans who are very concerned has dropped eight points, from 40 percent at the beginning of the month to 32 percent now.

And few Americans believe they or their family are directly at risk. Eighty-three percent of Americans don't think it is likely that they or a member of their family will get Ebola, including 52 percent who say it is not likely at all.

This poll was conducted by telephone October 23-27, 2014 among 1,269 adults nationwide. The error due to sampling for results based on the entire sample could be plus or minus three percentage points. The error for subgroups may be higher. Data collection was conducted on behalf of CBS News by SSRS of Media, PA. Phone numbers were dialed from samples of both standard land-line and cell phones. Interviews were conducted in English and Spanish. This poll release conforms to the Standards of Disclosure of the National Council on Public Polls.