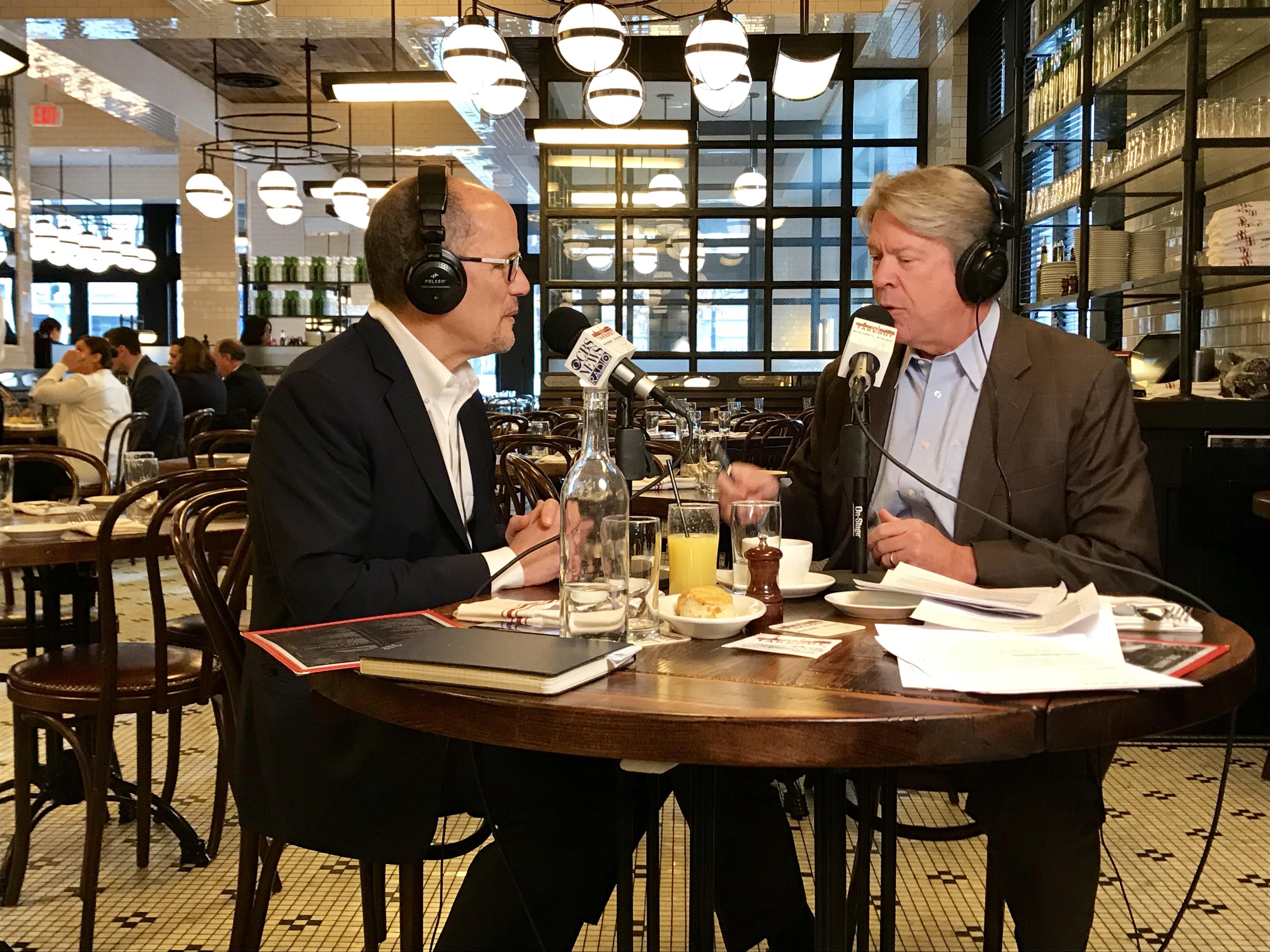 Democratic National Committee Chairman Tom Perez says he was frustrated and disappointed with the way the government shutdown ended Monday, and he says Democrats need to "fight like heck" to protect the fate of undocumented immigrants brought to the U.S. as children.

On "The Takeout" this week, asked by host Major Garrett if he was satisfied with the way the shutdown ended, and what it was he'd say to Democratic activists who are peeved at the way it ended, Perez said he shared their frustration and went on to say, "As the son of immigrants I've spent virtually my entire adult life working on the issue of empowerment of immigrants and other communities. And so I'm very disappointed as well."

But he did not say that he was disappointed in the decision Democrats had made to make the deal with Republicans.

Recipients of Deferred Action for Childhood Arrivals (DACA), often briefly referred to as "Dreamers," face the loss of the protection from deportation conferred by President Obama's 2012 executive order. President Trump rescinded the order in September, leaving it to Congress to come up with a legislative remedy for hundreds of thousands of Dreamers who applied for and are recipients of DACA protection. Democrats and Republicans are haggling over what should happen to them ahead of the Trump administration's March deadline to end the program.

As part of the deal to re-open the government, Senate Democrats adopted a short-term spending bill, while Senate Majority Leader Mitch McConnell promised to allow DACA and border security legislation to come to the floor by Feb. 8. Some Democrats were deeply critical of Democratic senators who voted with the majority, accusing them of caving to Republican demands.

"When I think of the 'Dreamers'… I think of how they've become a pawn in this game," Perez told Garrett. "And it's not a game at all, but what the Republicans are doing – this is unconscionable."

Perez said in his role as DNC Chair, he is "fighting like heck" himself to get more Democrats elected to Congress.