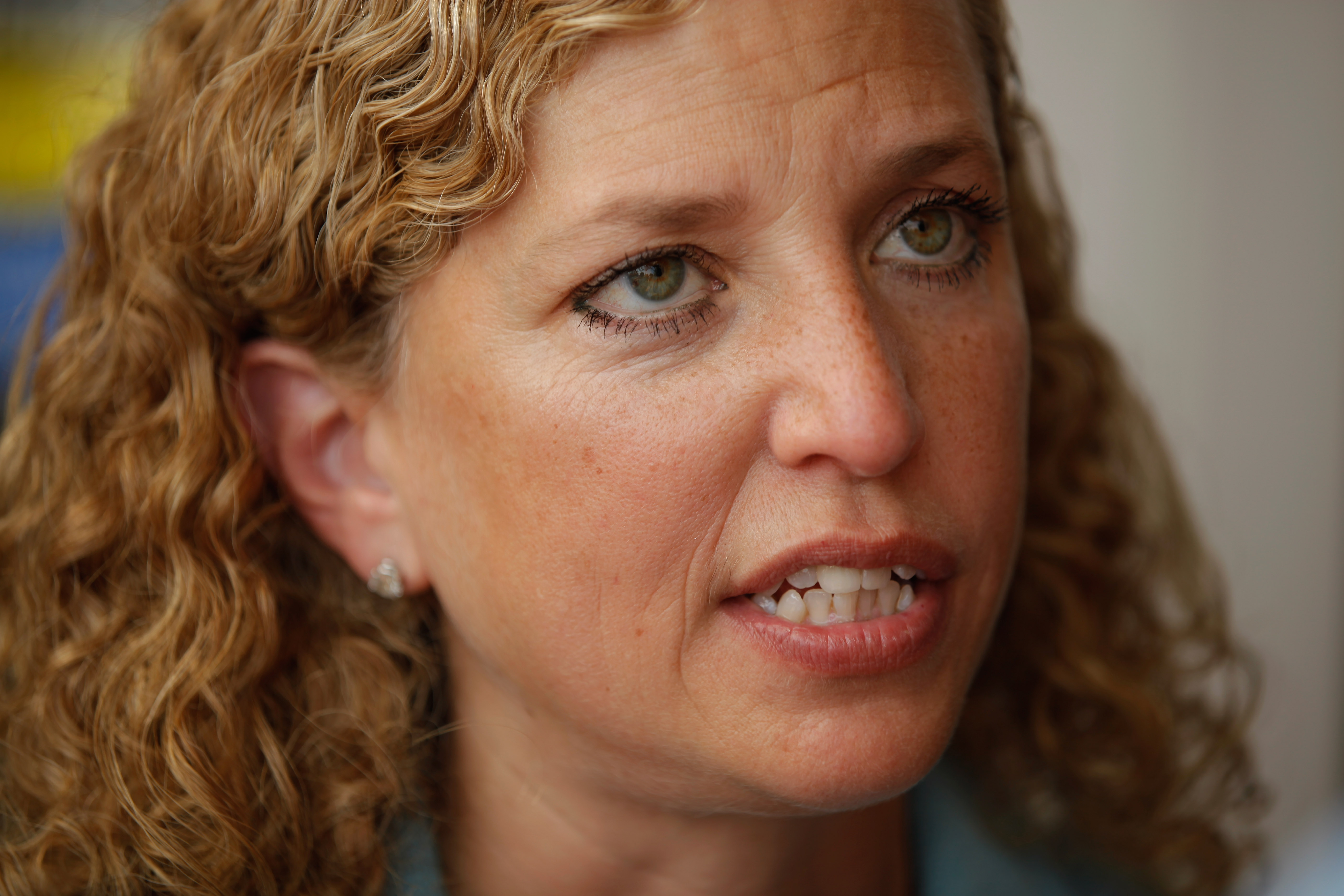 "Scott Walker has given women the back of his hand," the Florida congresswoman said during her visit to the governor's home state. "I know that is stark. I know that is direct. But it is a reality."

Wasserman Schultz took particular issue with Walker's opposition to bills that would boost the minimum wage and offer workers more resources to combat employment discrimination: "What Republican tea party extremists like Scott Walker are doing is they are grabbing us by the hair and pulling us back," she said. "It is not going to happen on our watch."

The Walker campaign responded by highlighting reaction from the Badger State's lieutenant governor, Republican Rebecca Kleefisch, who said she was "shocked" that Wasserman Schultz would invoke domestic abuse to criticize a political opponent.

Suggesting they were wielded as nothing more than a tool to help rally support for Walker's Democratic opponent Mary Burke, Kleefisch called the remarks "absolutely hideous" and the motive behind them "despicable." She called on Burke - whom most polls show is neck-and-neck with Walker in his reelection bid - to denounce them.

"That's not the type of language that Mary Burke would use, or has used, to point out the clear differences in this contest," Burke's press secretary Stephanie Wilson told the Milwaukee Journal-Sentinel. "There is plenty that she and Governor Walker disagree on - but those disagreements can and should be pointed out respectfully."

In a statement to CBS News, Wasserman Schultz conceded, "I shouldn't have used the words I used." But, she went on, "that shouldn't detract from the broader point that I was making that Scott Walker's policies have been bad for Wisconsin women. Whether it's mandating ultrasounds, repealing an equal pay law, or rejecting federal funding for preventative health care, Walker's record speaks for itself."

A leading voice in supporting the Violence Against Women Act, Wasserman Schultz added that it's "unacceptable that a majority of Congressional Republicans opposed this critical legislation, of which I was a proud cosponsor, after blocking its reauthorization for more than a year."