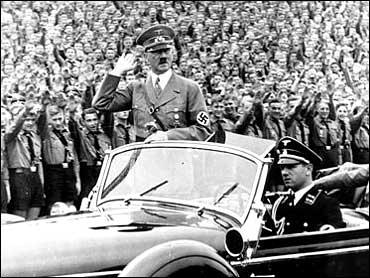 The history of Adolf Hitler is well known. Apart from bringing the world to war, the Nazi leader was obsessed with the idea of a European "master race," which served as the foundation for his hostility toward Jews and led to the tragedy of the Holocaust.

But DNA testing may provide a new twist: Hitler may have been descended from both Jews and Africans, according to a Daily Mail report.

A Belgian news magazine reported that according to Mulder's and Vermeeren's study, Hitler's relatives have a chromosome called Haplopgroup E1b1b (Y-DNA) that is rare in Germany and Western Europe. It could have its roots in Africa and the Middle East.

"It is most commonly found in the Berbers of Morocco, in Algeria, Libya and Tunisia, as well as among Ashkenazi and Sephardic Jews," Mr Vermeeren said in the article.

According to the report, Haplogroup E1b1b1 accounts for about 18 to 20 percent of Ashkenazi and 8.6 percent to 30 percent of Sephardic Y-chromosomes. "It appears to be one of the major founding lineages of the Jewish population," the Daily Mail reported.

There have been other suggestions that Hitler had Jewish blood.

Hitler's father, Alois, might have been an illegitimate child of a Jewish man called Frankenberger and a German maid, Maria Schickelgruber, which would make Hitler one-quarter Jewish. Hitler's nephew, Patrick, may have tried to blackmail him over Alois' ancestry.