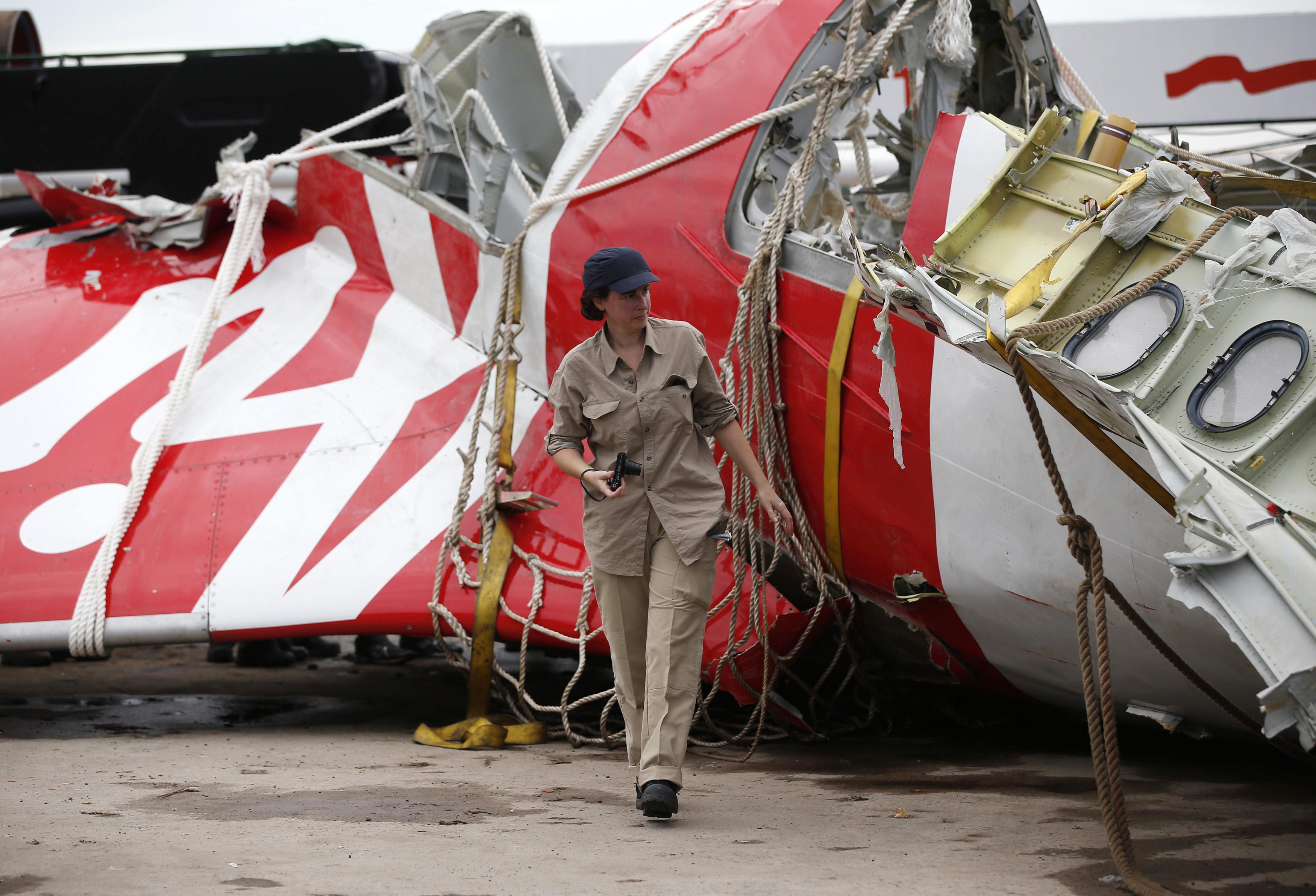 PANGKALAN BUN, Indonesia -- The AirAsia airliner that crashed 15 days ago probably exploded as it hit the water, due to a significant change in air pressure, a top Indonesian official said Monday.

National Search and Rescue Agency Operations Coordinator Suryadi Bambang Supriyadi told reporters, "On initial inspection of the debris and the tail of the plane, we believe that the explosion would have occurred because of the cabin being pressurized, and the inability to adjust the pressure would have caused (a) boom sound."

Overnight, a team of divers recovered one of the plane's two "black boxes" from 100 feet below the surface of the Java Sea, one day after sonar equipment picked up pings from the aircraft in two different locations, reports CBS News correspondent Jeff Pegues.

Found under the planes wing, the first black box -- the flight data recorder -- will provide information about the altitude, speed and engine performance of the A320 at the time of the crash.

Crews are still working to free the second black box carrying the cockpit voice recorder, which will reveal the conversation between the pilots.

Divers began zeroing in on the site a day earlier after three Indonesian ships picked up intense pings from the area, but they were unable to see it due to strong currents and poor visibility, said Supriyadi.

He earlier said the box was lodged in debris at a depth of about 100 feet, but Henry Bambang Soelistyo, head of the national search and rescue agency did not provide additional details on the discovery.

Both devices are vital to understanding what brought Flight 8501 down on Dec. 28, killing all 162 people on board.

The flight data recorder will be taken to Jakarta, the capital, for analysis. It could take up to two weeks to download its recorded data, said Nurcahyo Utomo, an investigator at the National Committee for Safety Transportation.

Officials recovered the aircraft's tail on Saturday, the first major wreckage excavated from the crash site. They were hopeful the black boxes were still inside, but learned they had detached when the plane crashed into the sea.

Search efforts have been consistently hampered by big waves and powerful currents created by the region's rainy season. Silt and sand, along with river runoff, have created blinding conditions for divers.

So far, only 48 bodies have been recovered. Many believe most of the corpses are likely still inside the main cabin, which has yet to be located.

Finding the fuselage remains a top priority. There are at least 80 divers involved in the search and although they have an idea of where it may be, they have been unable to pinpoint an exact location.

Three more bodies were identified Sunday, including Park Seongbeom, 37, and his wife, Lee Kyung Hwa, 34, from South Korea, said Budiyono, who heads East Java's Disaster Victim Identification unit and, like many Indonesians, uses only one name.

He said they were discovered Friday on the seabed, still strapped to their seats. Their baby has not yet been found, but the infant's carrier was still attached to the man.

The last contact the pilots had with air traffic control, about halfway into their two-hour journey from Indonesia's second-largest city, Surabaya, to Singapore, indicated they were entering stormy weather. They asked to climb from 32,000 feet to 38,000 feet to avoid threatening clouds, but were denied permission because of heavy air traffic. Four minutes later, the plane dropped off the radar. No distress signal was sent.