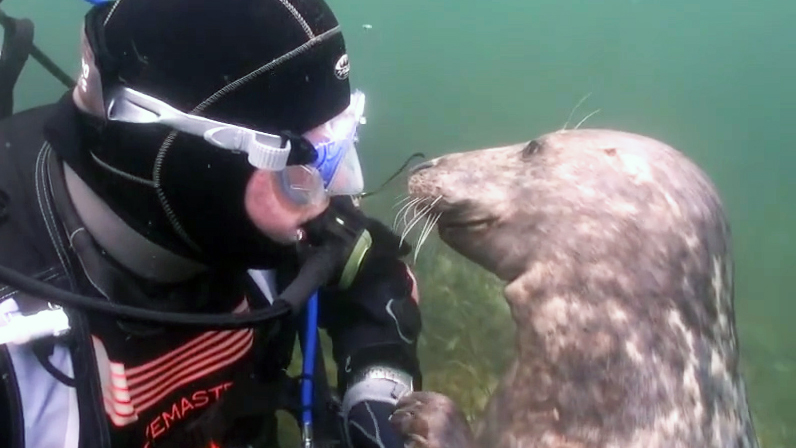 Some of the latest and greatest viral videos include a scuba diver's incredible encounter with a playful seal and a Russian daredevil surfing on top of speeding train.

Gary Grayson, 55, of Salford, England, has gone scuba diving all over the world. But, this once-in-a-lifetime encounter with an Atlantic Grey Seal happened when he dipped his toes into the waters off the Isles of Scilly. The amiable mammal spends about two whole minutes with Gary, getting belly rubs, shaking hands and even giving Gary a playful nibble. Source: Manchester Evening News.

For most people, 18 is an experimental age. One has a tendency to engage in stupid and dangerous activities. Pasha Bumchik documents it. Here the Russian daredevil hitches a thrill ride on top of the metro. He jumps down between train cars as it approaches his stop, and, of course, takes off running to escape any authoritative figures who might not have enjoyed his antics. It goes without saying, but, please, do NOT try this at home.