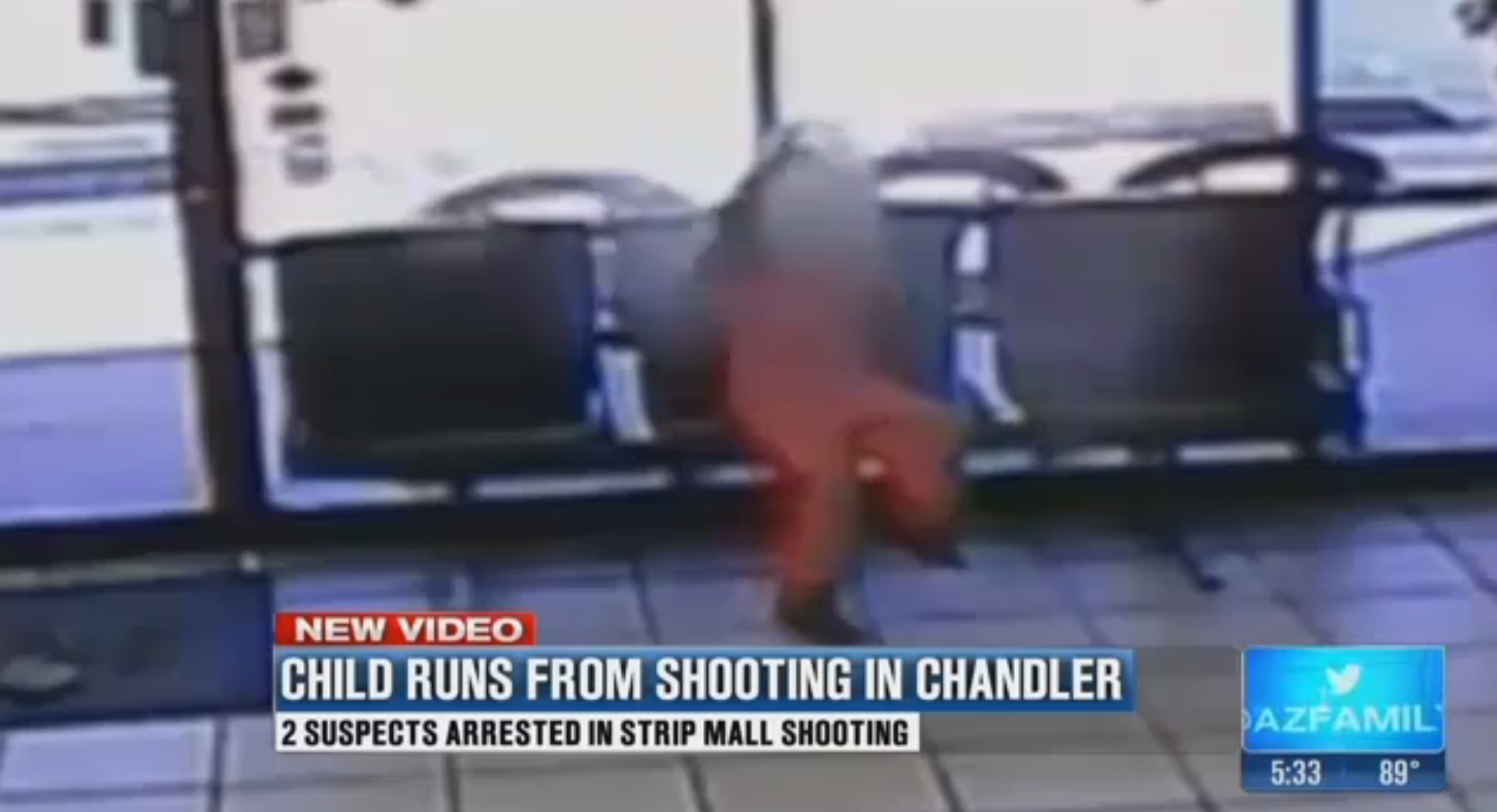 The video released Wednesday shows the little girl playing inside the shop. When she sits down in a chair, gunfire explodes, shattering the window right next to her. According to the police report, two bullets struck the glass at head level.

The girl was struck by glass debris. She was transported to a hospital with non-life threatening injuries.

Rafael Santos, 21, was arrested Wednesday. He is accused of endangerment, aggravated assault with a deadly weapon and other charges.

Police previously arrested 23-year-old Michael David Hart for allegedly firing multiple shots Monday morning after an apparent dispute with employees at a tattoo shop next door to the barber shop.

Police on Wednesday released a short video from inside the barber shop that showed two of the fired rounds narrowly missing the girl as she sat in a chair at the front window.