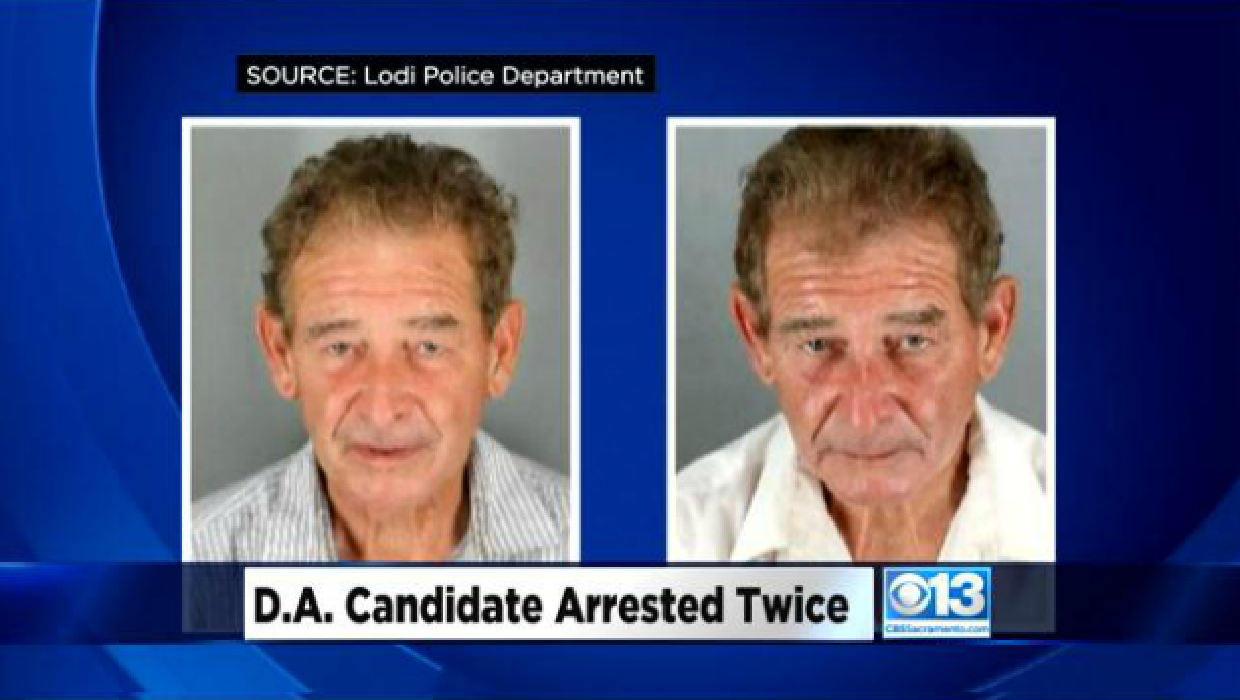 The pair of arrests comes just one week before the election.

Hickey was first arrested Friday night outside his home for public intoxication, according to the station. He was arrested again, on Saturday night, when police say he assaulted a 50-year-old woman that he lives with.

"The cops were here like three weeks ago, too," neighbor Shabnam Ismail told the station. "They were looking for him."

Ismail lives a few doors down from Hickey. She said that a few weeks ago, a woman from Hickey's home came to her looking for help.

"She came to my door and she told me he's chasing me and she pointed at him ... and she was leaving that way and he was behind her," Ismail said.

Officials say the district attorney candidate has been investigated by police several times since last August and has been arrested at least four times since April - on charges ranging from DUI and assault to public intoxication, reports the station.

Despite Hickey's recent run-ins with the law, some reportedly still have his campaign signs displayed in their yards.

The primary election is set to take place on June 3, but many mail-in ballots have already been turned in, according to the station.