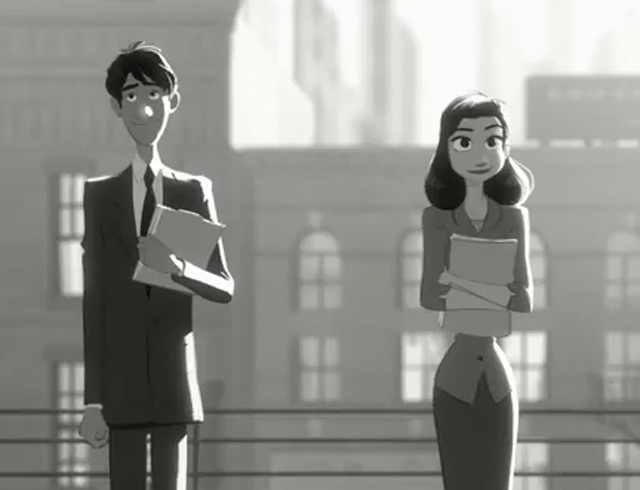 If you saw "Wreck-It Ralph" in a movie theater, then you may have also seen "Paperman," Disney's charming black-and-white cartoon that mixes hand-drawn and CGI animation.

The six-minute, Oscar-nominated short, which premiered at the Annecy International Animated Film Festival in June 2012, debuted online this week.

The clip, directed by John Kahrs and set in the 1940s, follows a man who spots a woman on the train platform and sees her again in the office across the street. In an attempt to get her attention, he makes countless paper airplanes and sends them her way. Needless to say, they have a difficult time making it to her.

"Paperman" will compete in the best animated short category at the Feb. 24 Academy Awards. It's up against "Fresh Guacamole," "Maggie Simpson in the Longest Daycare," "Head Over Heel" and "Adam and Dog."