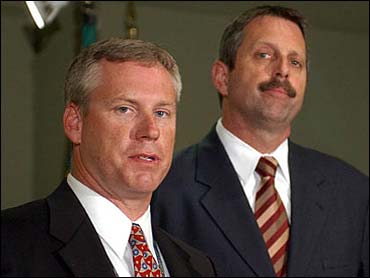 After a three-year hunt involving investigators across the U.S. and Canada, a young girl who was featured on the Internet in a series of sexually explicit photographs has been found and is safe, police say.

The girl is nearly a teenager now and lives with a foster family, police add.

Her adoptive father, who apparently took the pictures, is in prison for trading pornography online, according to police.

Lt. Matt Irwin of the Orange County Sex Crimes Unit told an Orlando news conference, "We have located the victim in our case and the witness in our case."

The girl could be "anybody's child," says Det. Sgt. Paul Gillespie, the lead investigator in the case.

On The Early Show Monday, Gillespie told co-anchor Hannah Storm the case was compelling to him because, "She was simply indicative of, and representative of, anybody's child. There is nothing, truthfully, special or not special about her. ...She's a representative of tens of thousands of victims of horrific abuse that are being traded on the Internet and, in her case, terribly so."

Detective Constable Bill McGarry of the Toronto Police Sex Crimes Unit lived with the horror of seeing pictures of her having forced sex as an eight year old, Smith says.McGarry tells Smith, "We have approximately about 200 images of her in a variety of settings."

"So it looks like it went on for a number of years," Smith observed. "Can you see her getting older (in the series of pictures)?" Smith asked.

"We do," McGarry responded. "We even have pictures of her younger than that."

More than half the pedophiles arrested by Toronto police in the past year have had the so-called Disney World girl's pictures on their computer hard drives.

In February, authorities took the unusual step of releasing pictures of hotel rooms where the girl had been abused, with her figure removed so the focus would be on identifying the crime scene.

When the trail went cold, detectives even released a photo of a girl believed to be a material witness.

And tips that resulted led to police identifying Disney's Port Orleans resort as one scene of abuse, McGarry says.

Police now know the "Disney World girl" is safe. The FBI arrested her abuser two years ago in Pennsylvania.

How to Curb Your Dog's Barking
Kevin Hechtkopf