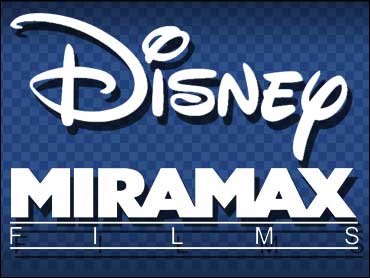 Rarely are delicate contract negotiations, worth potentially millions of dollars, conducted in public. Except, of course, in Hollywood. Miramax, the quirky film company that virtually created the independent film movement, is having a very public spat with its corporate parent, The Walt Disney Co., about its future.

Both sides are engaged in sticky contract talks with Miramax's founders, Bob and Harvey Weinstein. Their current deal expires in 2009, but an option in the contract allows Disney to renegotiate the relationship in 2005.

At the core of the issue, according to two people familiar with the talks, is Disney's desire to pay the brothers less money and to impose caps on exploding budgets at Miramax, which made its reputation on marketing small, inexpensive films such as "Shakespeare in Love" and "Life is Beautiful."

New York-based Miramax has since been tackling larger and more expensive film projects, such as last year's "Cold Mountain," which cost more than $80 million to make.

The relationship between Disney and Miramax has been intermittently testy since Disney acquired the studio 11 years ago. The latest blow up is over the Michael Moore documentary "Fahrenheit 9/11," which was funded in part by Miramax.

Disney chief executive Michael Eisner told Miramax last year that Disney would not distribute the film, which is highly critical of President Bush.

But that didn't stop Moore last month from decrying Disney's decision, suggesting it was an attempt to avoid angering Republican leaders and jeopardizing tax breaks Disney gets on its theme parks in Florida.

Disney labeled Moore's statements a publicity stunt and agreed to sell the film to the Weinsteins for about $6 million. The Weinsteins then formed a separate company and reached a deal to distribute "Fahrenheit 9/11" with Lions Gate and IFC Films.

Last week, Eisner said Disney has no plans to sell Miramax. But he added that the studio had been unprofitable in three of the past five years.

That statement prompted a strong denial from Miramax spokesman Matthew Hiltzik, who said the studio was making money, as evidenced by Disney paying a bonus to the Weinsteins that was predicated on Miramax turning a profit.

"If Disney thinks Miramax is so unprofitable, Bob and Harvey would be happy to buy it back if Disney names the price," Hiltzik said.

On Tuesday, Disney president Robert Iger repeated the claim that Miramax had been unprofitable in recent years.

"They're not taking into account standard overhead, distribution fees, bonuses that we pay Bob and Harvey. Nor are they applying current accounting rules," Iger said while speaking at the Deutsche Bank media conference in New York.

Iger also repeated Disney's intention to hold on to the studio, although he left open the possibility that Disney would consider alternatives.

"I don't think it's fair to suggest that we're going to divest Miramax," Iger said.