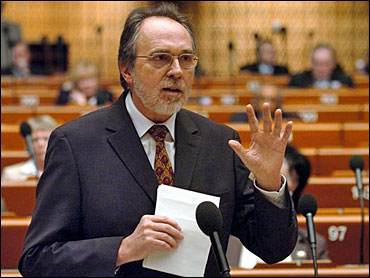 Analysts see the purchase as a way for Disney to get more of its content to more viewers. Disney said it is paying $70 million in cash, plus its shares in Starwave, a privately held Web site design firm.

Infoseek shares rose as much as 5 1/2 to 40 before paring their gains. Some of the company's options contracts rose 200 percent and more. Disney shares dropped 3/8 to 113 15/16. Speculation on the deal had been rampant in the past week. CBS.MarketWatch.com carried the story on Monday.

The new entity will bring together the branded assets of ABCNEWS.com and ESPN.com -- currently joint ventures between Starwave and Disney -- with one of the Internet's most popular search and directory services. In addition, Disney will commit to provide, and Infoseek will agree to purchase, $165 million in promotional support for the new portal service.

"This agreement stakes out an even more ambitious role for Disney in this promising medium and provides an ideal partnership for the creation of a new Internet portal service," Michael Eisner, Disney chairman, said in a statement.

Infoseek had been seen as a loner among search engine stocks, as rivals signed content exchanges with broadcasters and media giants.

Disney earlier this month announced a content alliance with Excite Inc. Disney is allowing four Disney Web sites to be featured on the Excite network of Internet channels.

Several Internet companies, including CNETand Lycos recently signed deals that will make their search engines or their content available to wider audiences.

CNET last week sold a large stake in its Snap! Internet directory to NBC, the television network. Lycos and AT&T entered a major marketing pact in May.

Infoseek is the third largest Web site after Yahoo! Yahoo and Excite in terms of revenue.

By Brenon Daly and Thom Calandra